OPA head: Piñol would be a loss 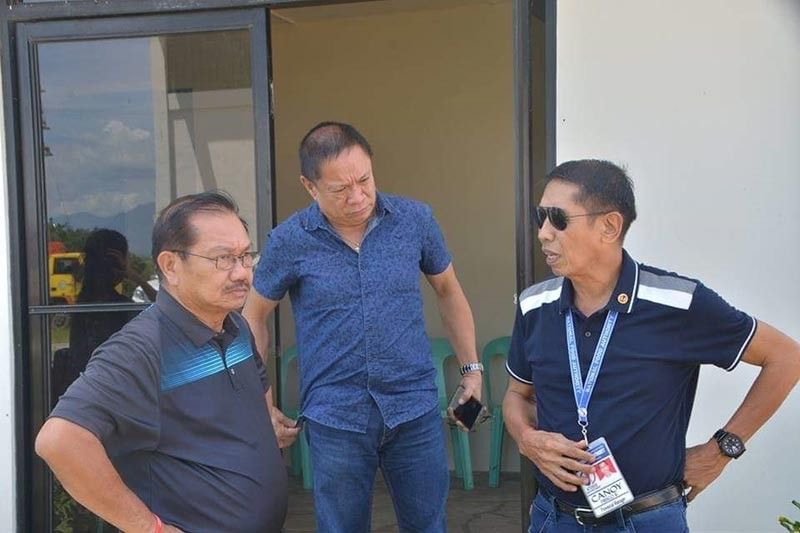 IF AGRICULTURE Secretary Emmanuel Piñol resigns, he would be a loss to the country’s agriculture sector, the top official of the Office of the Provincial Agriculture (OPA) of Negros Occidental said.

Provincial Agriculturist Japhet Masculino said Piñol has introduced many innovations on the programs of the Department of Agriculture (DA).

Masculino said these include easy access to credit, solar-powered irrigation, and negotiations with other countries to open up their markets to Philippine agricultural products at low tariff, among others.

“He would be a loss to the agriculture sector. But, President Rodrigo Duterte has yet to receive his courtesy resignation so let’s wait and see what’s next,” he added.

The cabinet official was earlier reported to have resigned as agriculture secretary.

This, amid “intrigues” in the agency including allegations that Duterte has reportedly lost trust in him and he (Piñol) is on his way out.

Piñol, however, clarified that the letter he sent to the President is not a resignation letter rather a request to relieve him of his post.

Piñol, in a report, said “it was a letter for relief that I’d be transferred to other departments” because of a lot of intrigues circulating in the DA.

On Thursday, Duterte told Malacañang reporters that Piñol will continue to head the DA until his possible reassignment to the Mindanao Development Authority (MinDA).

The President said he was considering appointing Piñol as the new head of MinDA, replacing the late Datu Abul Khayr Dangcal Alonto who passed away on May 9.

“I cannot see anybody in the horizon, except Piñol, who knows and grew up, born in Mindanao. He’s a farmer and [former] governor. That MinDA position is a Cabinet position,” he added.

The agriculture secretary, who has roots in Western Visayas particularly in Iloilo, said he is the soldier of the President so he will follow whatever the latter decides including his would-be assignment.

Under his leadership, the DA has initiated interventions specifically for farmers in Negros Occidental like allocating P40 million as Production Loan Easy Access (Plea) program fund.

Masculino said the program initially covered farmers in Sixth District but has expanded all over the province as there are now additional number of conduits.

This is on top of other projects including provision of farm machineries, rice seeds and boats for local fisherfolk, among others.

Piñol also poised the province as the country’s pilot area for “Bigas ng Masa” and “Balik Binhi” programs and pushed for sorghum production as crop for silage and feeds in Negros Occidental.

As chairman of the National Food Authority (NFA) Council, he supported the transfer of NFA-Negros Occidental from Bacolod City to the provincial-government run rice processing complex in Bago City.

It can be recalled also that local labor groups previously slammed and declared Piñol as “persona non grata” at the height of the issue on high fructose corn syrup (HFCS).

Masculino said amid the possible resignation or transfer of Piñol, they hope that his successor is someone connected already to agriculture so the learning curve will be fast.

“We want the next agriculture secretary, if ever Piñol resigns, to prioritize the implementation of Rice Competitiveness Enhancement Fund (RCEF) to prepare the farmers to compete amid rice tariffication,” he added.