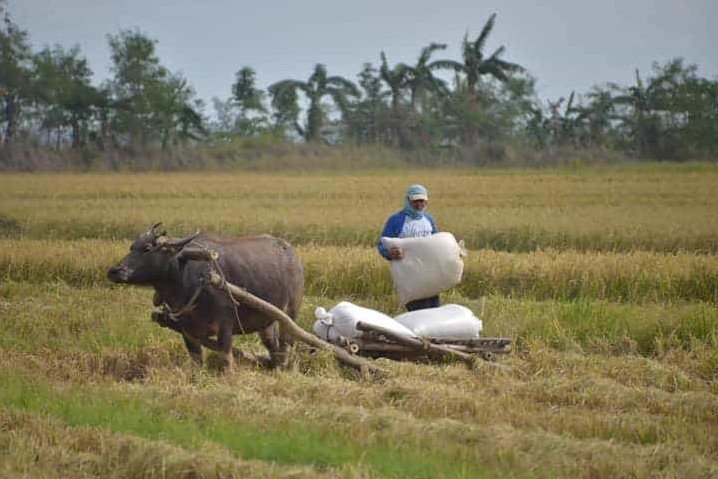 BACOLOD. This farmworker and those in the plantation sector may receive an additional daily minimum wage of P50 based on the petitioned filed by Negros Occidental-based labor union New and Independent Workers Organization before the RTWPB-Western Visayas in Iloilo City Monday, July 1, 2019. (Photo by Richard Malihan)

A LABOR group in Negros Occidental has already filed a petition before the Regional Tripartite Wages and Productivity Board (RTWPB) in Western Visayas seeking a daily minimum wage increase of P50 to P60 for private sector workers in the region.

Wennie Sancho, labor representative to the RTWPB-Western Visayas, told SunStar Bacolod that his counterpart Hernani Braza submitted the petition of the New and Independent Workers Organization (Niwo) during the Wage Board Meeting in Iloilo City Monday, July 1.

Niwo is a rank and file labor union of Coca-Cola Beverages Philippines Inc. - Bacolod headed by its president Emmanuel Bandola.

Sancho, also the secretary general of the General Alliance of Workers Associations (Gawa), said the group is seeking for a P50 increase for workers in the plantation and non-plantation and P60 for commercial and industrial sector workers.

“The lower purchasing power of the workers simply means that the prices of basic goods and services have increased,” he said, adding that “the lower the purchasing power, the higher should be the wage increase in order to cope with the lost value of the peso.”

The just-filed petition also has a special provision seeking a daily minimum wage increase of P80 for workers at Boracay Island in Aklan.

Sancho said this is because the standard cost of living in the region’s top tourist destination is also higher.

“The petitioned amount of increase is just an immediate relief for the workers, we need an increase as soon as possible,” Sancho said.

He added that, if based on the labor sector’s computation, the needed wage increase to recover the total purchasing power reduction is actually more than P100 per day.

The filing of the petition came 15 days before the expiration of the existing Wage Order No. 24 on July 16 this year.

Under which, minimum wage earners in Western Visayas are receiving an additional pay of P13.50 to P41.50 per day

Minimum wage rates in the region which included the cost of living allowance (Cola) are P295 and P365 per day.

Unlike the previous order, it provided only two wage rates depending on various classifications or categories.

Also, the RTWPB in Western Visayas included some new “features” like provision of the moratorium aside from setting higher rates and inclusion of Cola.

Taking into consideration the temporary closure of Boracay Island in Aklan, resulting in non-operation of establishments there for six months, there was no wage increase and provision of Cola in all three barangays of Malay town.

The new Wage Order took effect three months after the reopening of the island.

Since business operations in the entire Aklan were also affected by the Boracay woes, the wage increase took effect in other areas in the province last November.

For sugar industry enterprises under the agricultural, industrial, and commercial sector, the grant of Cola took effect six months after the issuance of the Wage Order.

Sancho said that aside from Gawa and Braza’s group Philippine Agricultural Commercial and Industrial Workers Union-Trade Union Congress of the Philippines, other labor groups in the province are also backing the wage hike petition.

The labor representative said upon the receipt of the petition, the Wage Board Secretariat has yet to check whether it is sufficient in form and substance.

The wage hike petition will then be scheduled for discussion during the next Board meeting on July 18.

Sancho said the filing is timely as RTWPB-Western Visayas can already entertain the petition, by this time, because the existing Wage Order has already expired.

“Hopefully, we can already schedule the public consultation and hearing in the next few months,” he added.