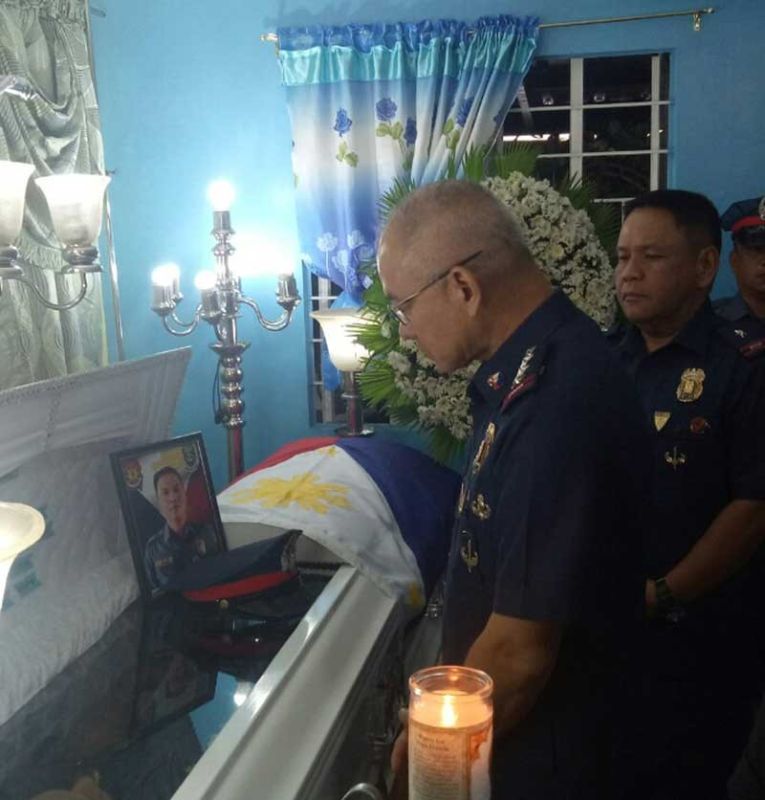 PHILIPPINE National Police (PNP) chief Oscar Albayalde visited on Monday evening, July 1, the wake of a police officer who was killed during an anti-illegal drugs operation in Rodriguez, Rizal.

Albayalde personally condoled with the family of Senior Master Sergeant Conrado Cabigao, who was killed in a drug bust on Saturday morning, June 29, against a high value target identified as Renato Ulpina in Manila Hills Subdivision in Rodriguez, Rizal.

Cabigao posed as the buyer during the operation but one of the two personalities from whom he was purchasing illegal drugs recognized him as a police officer and shot him.

Cabigao was able to retaliate and kill the two drug personalities.

Also killed during the incident was Ulpina’s three-year-old daughter whom he used as human shield.

Cabigao was survived by his wife and two children.

Albayalde assured that assistance will be provided to the bereaved family.

He said what happened to Cabigao only proved that cops are willing to risk their lives in the performance of their duties and that “nanlaban” cases do exist.

Aside from cash assistance, Albayalde bestowed a “Medalya ng Kadakilaan” on the slain officer.

Cabigao was the fifth police officer killed during the conduct of anti-illegal drugs operations since President Rodrigo Duterte took office in 2016. (SunStar Philippines)