Ultimatum given to Irisan dump 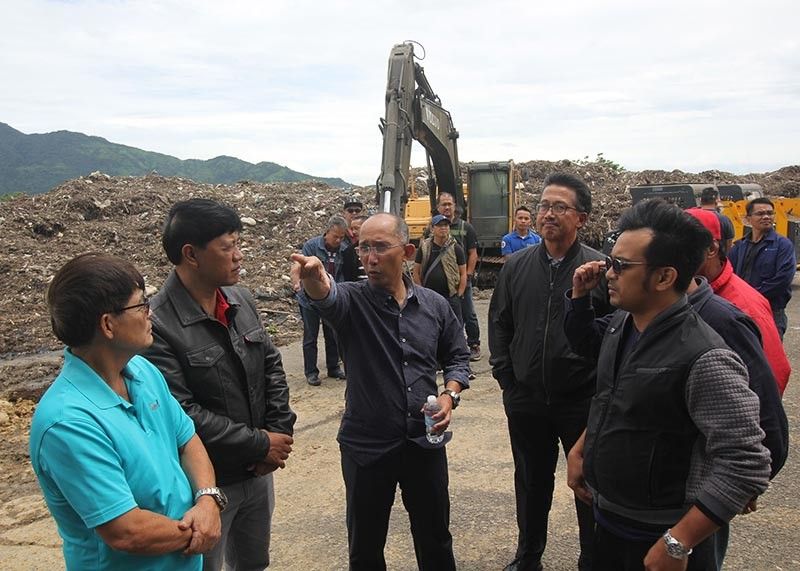 The prayer of relief of the temporary closure order was granted by DENR-CAR provided four conditions be implemented such as the clearing or hauling out of all accumulated store mixed waste material not later than July 31, installation and operationalization of all machines, collect only biodegradable waste and no storage of any residual waste outside the ERS facility.

The DENR official added the conversion of the closed Irisan dumpsite into an environment friendly eco-park should be finished not later than December 31, 2019 “as committed in your letter to the Division Clerk of Court, Court of Appeals, Manila dated April 24, 2019,” the letter reads.

To recall, Magalong invited the officials of DENR to help Baguio assess the situation of the city and come up with a more strategic solutions. On June 26, a site visit was made and DENR-CAR issued notice of temporary closure order for processing of biodegradable waste at Irisan dumpsite effective June 26.

The former dumpsite operates for processing biodegradable waste to process compost use by farmers.

With his earlier pronouncement to hold office in the former dump area, Magalong on Tuesday, July 2, together with department heads of the local government unit hold a management meeting for five hours near the ERS machines.

Magalong said the machine’s cooling component was not properly maintained, weakening the compost production and rather reeks spoiled garbage.

During the meeting, the mayor said the foul smell was lessened by 40 percent compared to its previous state.

He also asked Rapport Innovations to make sure that all machines are up and running by July 20. On the same day, only one machine was operational which can cater to 20 tons of biodegradable waste.

The opening of collection of biodegradable waste in the facility will have an impact, however, he added it can pushed through with the ongoing rehabilitation and ask for the continuous spraying of bio enzyme.

Rod Guerrero, chairman and CEO of Rapport, said their company has been in charge of the management and operation of ERS machines for the processing of biodegradable waste into an organic fertilizer.

The contract of the local government unit and the Rapport is effective for five years and will lapse on 2023.

In a media interview, he said they will to their best to finish all the rehabilitation.

Guerrero added outputs of the company include the installation of the conveyor for the processing area. The segregation will be conducted in the conveyor and went into the shredder to make the materials smaller and easily processed to become compost.

Because of the higher percentage of liquid among vegetable peelings, 70 percent of liquid will be removed by the squeezer in the machine.

The machine can process 50 tons of biodegradable wastes, out of the 50 tons of garbage 30 percent composed of solid materials while the rest liquid.

Final stages include mixing of additives and bagging of fertilizer.