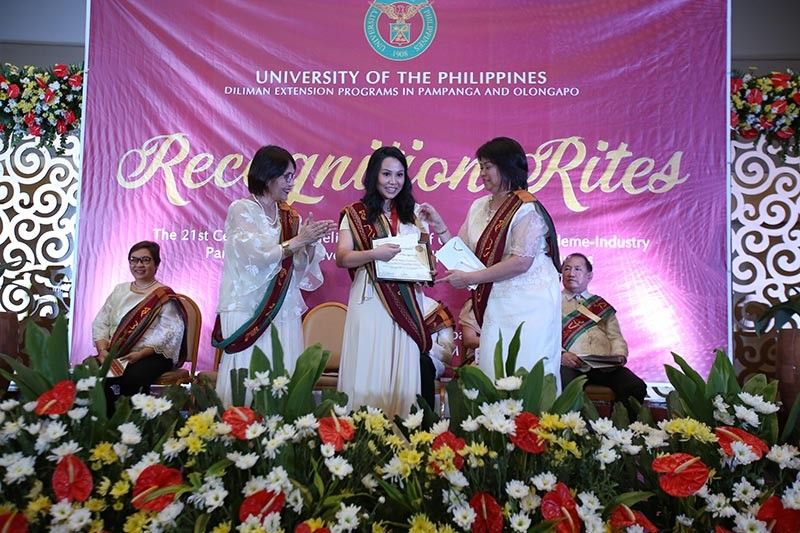 CLARK FREEPORT -- The state-firm Clark Development Corporation (CDC) recently conferred CDC Academic Excellence Award to a University of the Philippines (UP) student in this Freeport.

During the Recognition Rites of the UP Diliman Extension Programs in Pampanga and Olongapo, Zarah Monique Lorenzo, who is a BA Applied Psychology student, was awarded the CDC Excellence Award. The said award is granted by CDC to students who showed exemplary performance in the academe.

The state-owned firm lauded Lorenzo for demonstrating outstanding achievements in academics and for putting her heart and effort as a leader in extracurricular activities.

CDC Vice President for Administration and Finance Mariza Mandocdoc presented a medal, certificate of recognition and cash gift to Lorenzo during the said ceremony.

CDC Academic Excellence Award is one of the major and relevant projects of the state-owned firm that aims to encourage students to strive better in the academe.