Duterte: West Philippine Sea is 'ours' 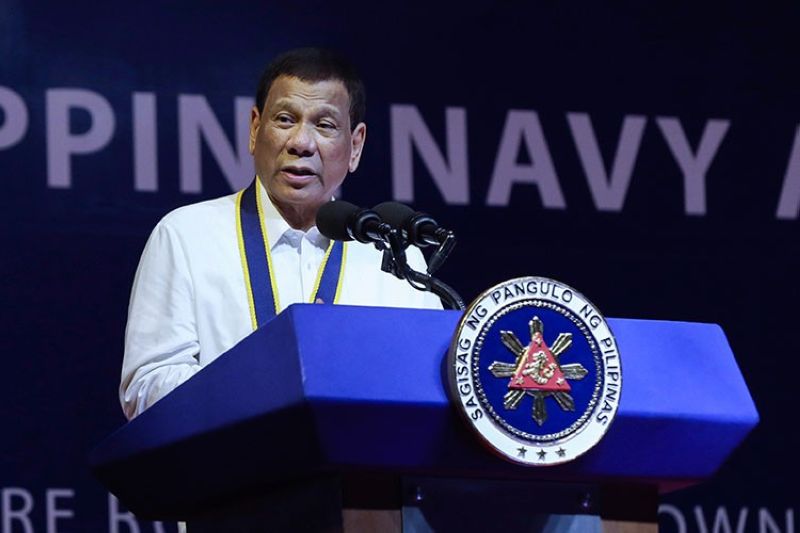 The President's seemingly bolder statement came following the June 9 allision of Filipino and Chinese fishing boats at Recto (Reed) Bank, which is located within the Philippines' exclusive economic zone (EEZ).

In a speech delivered in Pasay City, Duterte asserted the country's ownership of the West Philippine Sea, as he took time to applaud members of the Philippine Air Force (PAF) for protecting its "territorial lines of defense."

"I acknowledge your unwavering commitment to your sworn duty to protect our territorial lines of defense through aerial reconnaissance and maritime patrol missions in the West Philippine Sea and of course, which is really ours," Duterte said during the PAF's 72nd anniversary.

"Let us work together as one team so we may effectively uphold our sovereignty and protect the safety of our people at all times at all cost," he added.

China has claimed nearly the entire South China Sea, even waters approaching the coast of other countries laying claim to the busy waterway.

Apart from China, the Philippines, Brunei, Malaysia, Taiwan, and Vietnam also have overlapping claims to the contested waters.

In July 2016, Manila won its landmark tribunal ruling on the arbitration case against China's sweeping claims over the South China Sea, part of which is in the Philippines' EEZ.

Despite the Philippines' historic win before the Permanent Court of Arbitration in the Hague, Netherlands, there have been reports of harassment of Filipino fishermen by China in the disputed sea.

The recent incident was in Recto Bank where 22 Filipino fishermen were allegedly abandoned by the crew of a Chinese trawler that rammed and sank their fishing vessel.

"We want peace in that region. We don't want our countrymen who are fishing there to be subject of any assault," the Palace official said.

"But what is important is, 'pag meron na tayong final findings, meron na rin sila (if both parties already have final findings), they will meet and then they issue a joint statement to put closure to the incident," he added. (SunStar Philippines)