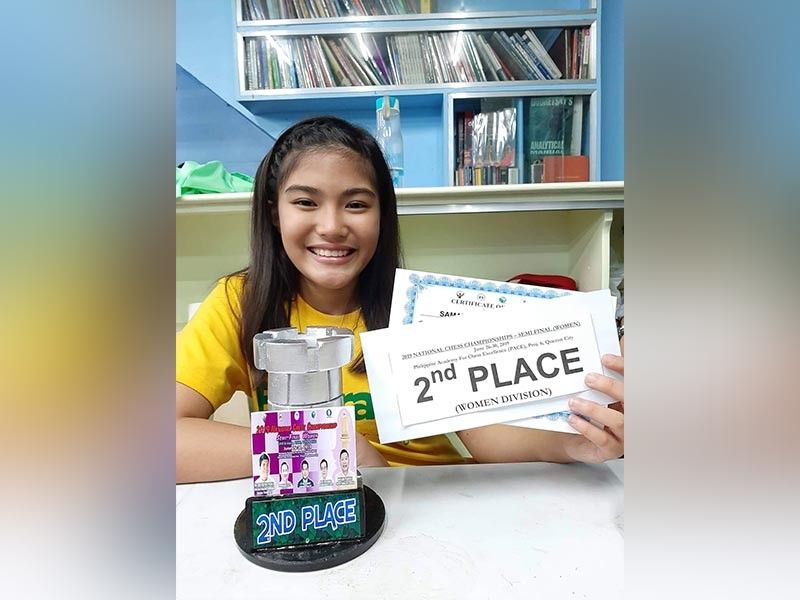 BATANGAS. Samantha Umayan, a 12-year-old player from Davao City, beams with pride as she places second in women’s division of the 2019 National Chess Championships semi-final round held recently in Malvar, Batangas. (Photo by Melinda Umayan)

TWELVE-YEAR-OLD Dabawenya Samantha Umayan upset top ranked players as she went on to win the women’s division runner-up honors of the just-concluded 2019 National Chess Championships semi-final round in Malvar, Batangas.

Umayan, who edged two other six-pointers Mirano and Ruth Joy Vinuya via superior tiebreaks in the nine-round Swiss System format chessfest topped by Doroy who made eight points, said she defeated higher rated chessers in the endgame. Mirano and Vinuya placed third and fourth, respectively.

Playing in the 2019 National Chess Championships semi-final, according to her, was a step closer to her great dream.

The 44th World Chess Olympiad is set in Russia this year.

Umayan will next compete in the Eastern Asia Youth Championships in Bangkok, Thailand in August.