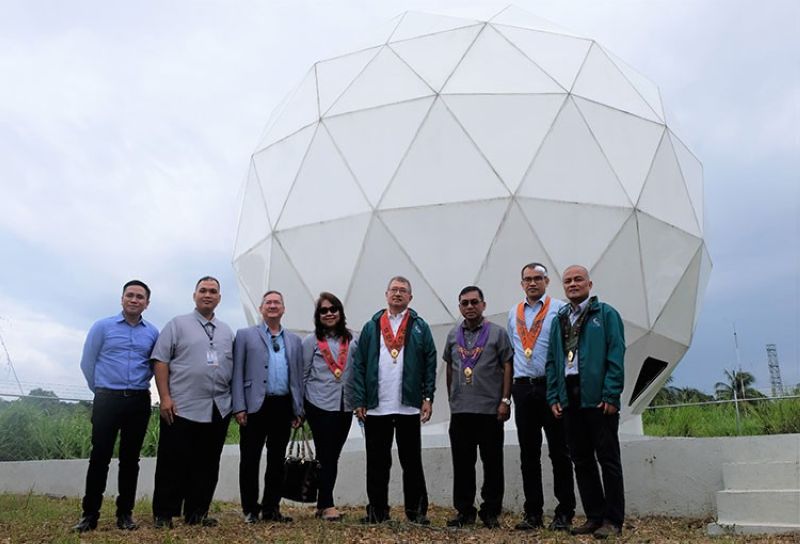 Now fully operational, the Davao GRS (D-GRS) provides additional capacity and redundancy to the functions of the Pedro Center in Quezon City.

The Pedro Center, since its start of operation, has been receiving satellite-captured images from various earth-observation satellites, including the Philippines’ very own Diwata-1 and Diwata-2 microsatellites, alongside other supported foreign satellites.

The establishment of the D-GRS serves as an auxiliary antenna for the Pedro Center, which means that in cases of catastrophes and impending threats of disasters in Manila, the Pedro Center can still receive earth surface information.

For the time being, the D-GRS is remotely-operated and is used for initial tests such as Modis data from satellites such as Terra and Aqua.

Compared to the Pedro Center with only 3.7 meters, the D-GRS has a 7.3-meter satellite-tracking antenna that will allow more efficient download of images at a higher bandwidth.

Both antennas are contained inside a radome, a special spherical structure enclosing the antennas from physical forces while still allowing reception of satellite signals. The radome can withstand temperatures up to 80°C, wind speed of up to 320km/hr, and rainfall at 100mm/hr for one (1) hour, thereby prolonging the effective lifespan of the antennas.

The direct reception of data from earth observation satellite images provides the Pedro Center more capability in near real-time acquisition of information.

With the Asti and Davao GRS in full operation, the reception, processing, and satellite data storage cycle will open more opportunities to promote inclusive innovation, reaching more Filipino scientists and researchers in return.

The GRS facilities of the Pedro Center are vital infrastructure for pre- and post-disaster monitoring that support our DRR agencies.

The D-GRS was established with the support and cooperation of the DOST-Davao, the Caap, and the Department of Information and Communications Technology. (PR)