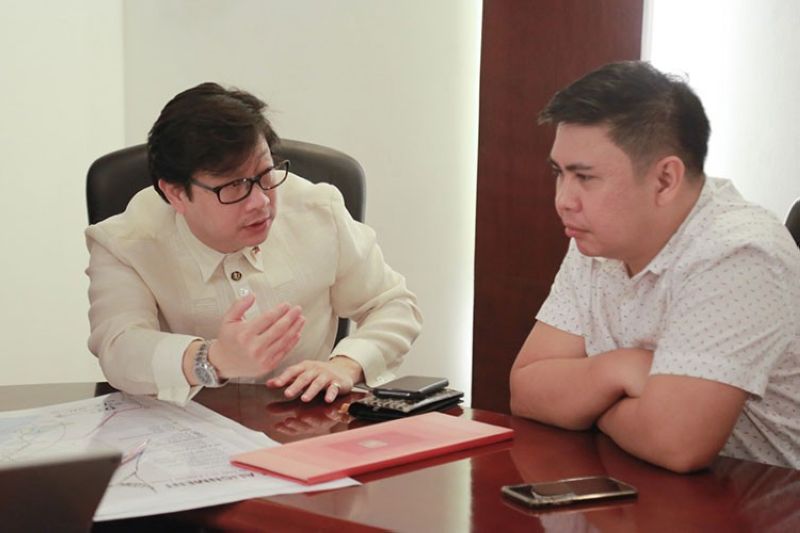 THE Department of Transportation (DOTr) has assigned two representatives in the Visayas in a move to fasttrack the implementation of the Integrated Inter-Modal Transport System (IITS) in Cebu.

The DOTr does not have a regional office here. To hasten implementation, the representatives will attend meetings and act on urgent matters.

A statement from the Office of the Presidential Assistant for the Visayas (Opav) Secretary Michael Dino said DOTr Acting Undersecretary Mark Richmund de Leon and Eymard Eje, assistant secretary for the Rails and Project Implementation-Mindanao, were appointed by DOTr Secretary Arthur Tugade as focal persons of the agency in the Visayas.

De Leon will be the permanent representative of the DOTr in the Visayas while Eyre will serve as his alternate.

Dino welcomed the development saying this will “expedite” the IITS in Cebu.

The IITS will include a Bus Rapid Transit (BRT) that will serve as feeder system to the backbone monorail transport system in Cebu.

“I am really happy that Secretary Tugade has finally assigned representatives here in the Visayas. This goes to show how serious DOTr, Opav and the Duterte administration are in implementing and expediting DOTr projects in the Visayas,” Dino said.

“It is a welcome development that the project will push through, expedited and maybe implemented earlier than expected,” he said.

The mayor is pushing for the Light Rail Transit (LRT) or Monorail Transit which can co-exist with the BRT in the City.

“This is good news for us Cebuanos not only in Cebu City but also in our neighboring local government units that compose Metro Cebu. This is what we have been aspiring for and it will soon be a reality,” he added.

During the campaign period, Labella promised Cebuanos that, if elected, President Rodrigo Duterte will implement the mass transport system.

Tugade tasked the two to be the DOTr representatives during meetings of the Regional Development Council (RDC) and the National Economic and Development Authority (Neda) in the Visayas.

“The designated permanent representative is tasked to attend the Neda-RDC meetings and other coordination meetings for the effective and efficient implementation of projects involving the participation of the DOTr,” the letter of Tugade reads.

Their appointments will take effect immediately.

Dino earlier requested Tugade to deploy a DOTr representative in the Visayas to ensure that the agency’s projects on mass transport systems, airports and seaports will be implemented as quickly as possible.

Dino emphasized that the appointment of a DOTr representative in the Visayas is very important because the DOTr does not have a regional office here in the Visayas.

Considering that Cebu is the second largest economy next to Metro Manila, then it is only right that the next priority of the National Government is the Cebuanos’ mode of transport, he added.

Dino met with the DOTr representatives on Wednesday, July 3, 2019 to talk about the Cebu IITS.

Dino also said there will be new alignments for the project to address the riding needs of the public.

“As of now, we are still determining the best route for the BRT, but we assure the public that the BRT will not take up existing lanes plied by private and other vehicles,” Dino said. (from PAC of SuperBalita Cebu/VLA with PR)