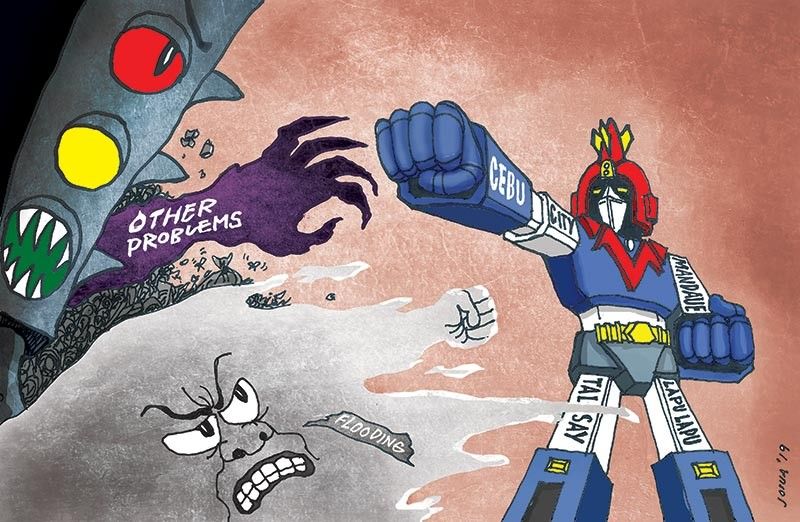 CONSIDER the chief executives of at least four of the major cities in Metro Cebu: Cebu City Mayor Edgar Labella, Mandaue City Mayor Jonas Cortes, Talisay City Mayor Gerald Anthony Gullas and Lapu City Mayor Junard Chan. A potential “fab four” of sorts, plus Cebu Gov. Gwendolyn Garcia and a host of others in the helm of Cebu’s development—we get the picture of a fleet set for attack.

Think of the better prospects for our side of the world if these four mayors get their act together, bury obstructionist politics in the pit, sit down and finally agree on comprehensive, sustainable solutions to our cities’ problems.

The first in Labella’s 10-point agenda is more of a call for neighboring cities to help in the efficient cleanup of the metro’s waterways.

To recall, in 2013, the Cebu City Government found that the width of seven rivers in the city—Bulacao, Kinalumsan, Guadalupe, Lahug, Mabolo and Mahiga River, and Estero Parian—had narrowed by more than half their original size. One can imagine the human arteries stiffening to a stroke. And stroke, indeed, so that the surge of rain volume in 2015 prompted the City Government to evacuate around 172 residents in flood-prone areas. They were near the Kinalumsan River, Barangay Tisa and Barangay Punta Princesa.

The second phase, which was under the GAA 2017, still covered the rivers in Subangdaku (P36.5 million); Lahug (P44.3 million); Guadalupe (P40 million); and Bulacao (P40 million). A separate budget of P230 million was also appropriated for right-of-way acquisition.

With that much funds poured into our rivers and the recent surge of water during a heavy downfall lately, we wonder if the haul of money had gone down the drain.

The public needs answers and a good accounting of where all the efforts and money have gone. The projects had included the widening of rivers, revetment works, diversion channels and drainage mains.

Government said it had done its part; it would need the cooperation of the citizens to properly dispose their garbage.

Sill and all, the problem can’t be addressed efficiently by singular, separate efforts. That is why we are calling the attention of the new chief executives of the four cities to put their heads together.