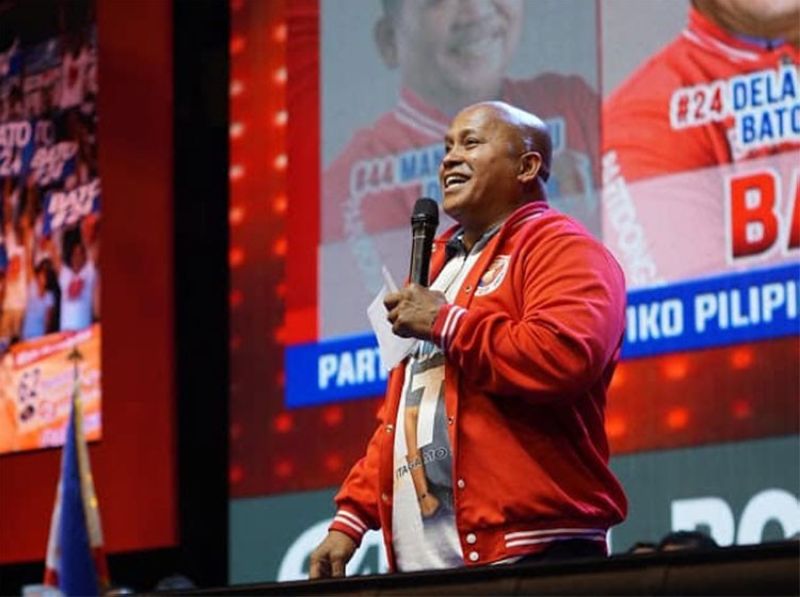 During the regular Kapihan sa Senado, Dela Rosa, as one of the proponents of the government's war on drugs, said the campaign against illegal drugs was relatively successful, stressing it made a significant change in the country.

He said reviving the death penalty, particularly for drug traffickers, would greatly support the campaign against narcotics.

Dela Rosa said if the measure -- Senate Bill 226 -- gets approved, it would help free the country of drug peddlers.

(Death penalty is a big help. The Philippines is a favorite dumping ground of shabu. So let's revive it to scare drug syndicates.)

Dela Rosa said the measure to revive the death penalty should get support from his colleagues in the Senate, since it only targets high-profile drug peddlers.

He added that the bill gets approved, public execution should be done through firing squad.

(If death by firing squad in public will be approved and the people will see the offenders shot to death, let's see if they will continue dumping shabu in the country.)

He also filed the ROTC bill, which seeks to engage grades 11 and 12 students to undergo military training.

The other initial bills he filed are:

* Act regulating the use of government ambulances

* Police scholarships for qualifying students in all barangays

* Providing for security tenure for all casual and contractual employees of the government who have rendered the prescribed service in the national and local units. (SunStar Philippines)