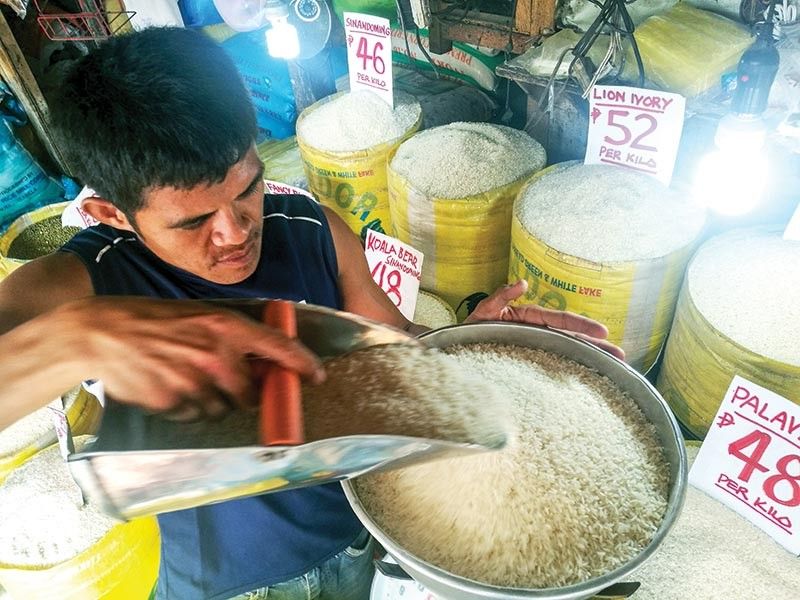 IMPROVE RICE PRODUCTIVITY. The Department of Finance says taxes collected from rice imports will be used to revolutionize the country’s agriculture sector and improve the farming methods and equipment used by farmers, among other agri-related programs. (SunStar file)

THE government has so far collected P5.9 billion in tariffs from some 1.43 million metric tons (MT) of rice stocks imported by private traders, following the enactment of a law in March 2019 that liberalized the importation of the grain, preliminary data from the Bureau of Customs (BOC) showed.

Republic Act 11203 or the Rice Liberalization Act was signed and approved by President Duterte on Feb. 14, 2019.

Dominguez has described the rice liberalization law on the shift from quantitative restrictions (QRs) to tariffs on rice imports as a “proud” accomplishment of the Duterte administration and the DOF, given that it took more than 30 years under various administrations to get the Congress to approve this game-changing reform.

Liberalizing rice imports, he said, will not only make quality rice more affordable and accessible to Filipino families, but will also lower the country’s inflation rate, revolutionize the agriculture sector and help farmers become more productive and competitive in the global economy.

Dominguez said rice tariffication has proved to be challenging because it was “a politically difficult reform to pass.” Liberalizing rice imports has made the staple food more affordable to Filipinos, making retail prices this summer cheaper by P10 per kilo.

RCEF will be used to provide farmers tools and equipment, assistance in the production, promotion, and distribution of certified rice seeds, upgrading of post-harvest storage facilities, credit assistance, irrigation support and research and development support.

Section 13 (c) of the rice tariffication law states that 10 percent of the P10-billion RCEF shall be made available in the form of credit facility with minimal interest rates and with minimum collateral requirements to rice farmers and cooperatives.

The rest of the RCEF will be set aside for rice farm machinery and equipment; rice seed development, propagation and promotion; and rice extension services, as provided under the law.

On top of paying tariffs, rice importers will be required to secure sanitary and phytosanitary import clearances from the Department of Agriculture’s Bureau of Plant Industry, which assumed the food safety regulation function of the National Food Authority under the rice tariffication law.

This requirement will ensure that rice imports are free from pests and diseases that could affect public health and local farm production. (PR)