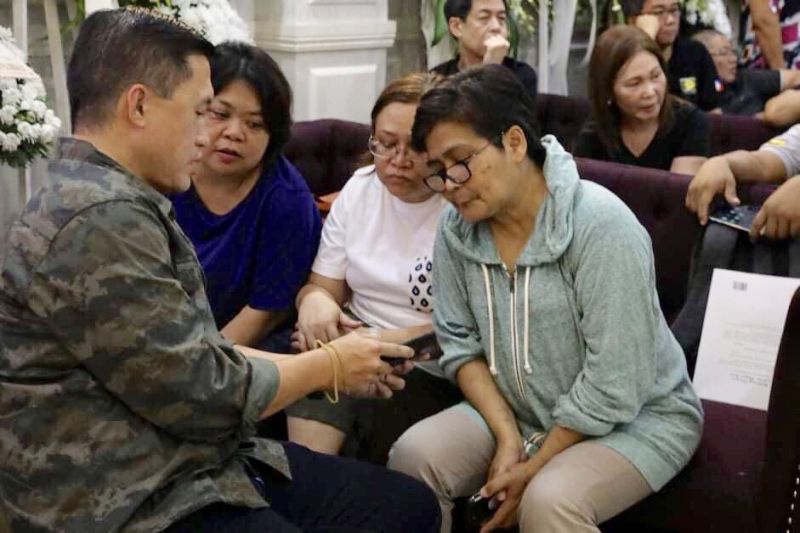 SENATOR Christopher Lawrence "Bong" Go is not impressed by the trappings of power of being a Philippine senator, saying it is but a different kind of work to support the programs of President Rodrigo Duterte.

In a huddle at the wake of presidential photographer Renato B. Lumawag at the Cosmopolitan Funeral Homes in Davao City evening of July 3, 2019, Go said power no longer impresses him, as he has been dealing with it since he became the special assistant to the President when Duterte was still city mayor until Duterte’s presidency.

“Dati na kasi yang power. Ako yung nilalapitan ng mga senador, pinapakiusapan. Kung power lang, mas powerful ako noon (Power has been there. Senators were seeking me out, requesting assistance from me. If we talk about power, I was more powerful before),” he said at the sidelines while the President was condoling with the bereaved family, widow Minerva, and the four remaining brood -- Renee Belle Lumawag-Bryant (Dimpol), April John (Skippy), Melanie Ruth (Ann-ann), and Tyron Kristoffer (Ron-ron).

Eldest son Gene Boyd was murdered in Jolo, Sulu in 2004.

However, Go said that being elected into the position brings a heavier burden.

This is far different from being an appointee. That is why, soon after election, he went the rounds to give thanks as well as extend help to different groups of people who were victims of different calamities, like fire victims in Mandaue City last June 27.

“Makita mo, umiiyak yung mga tao, sabi nila ngayon pa lang sila hinarap ng senador (People were crying saying this was the first time they met a senator face to face),” he added, which fans his desire to help the Filipino people and the President as much as he can.

Thus, he said, when journalists from Manila asked about moves to impeach the President, his quick reply was, “Tanggalin niyo na dati ang boto ko (That will not get my vote).”