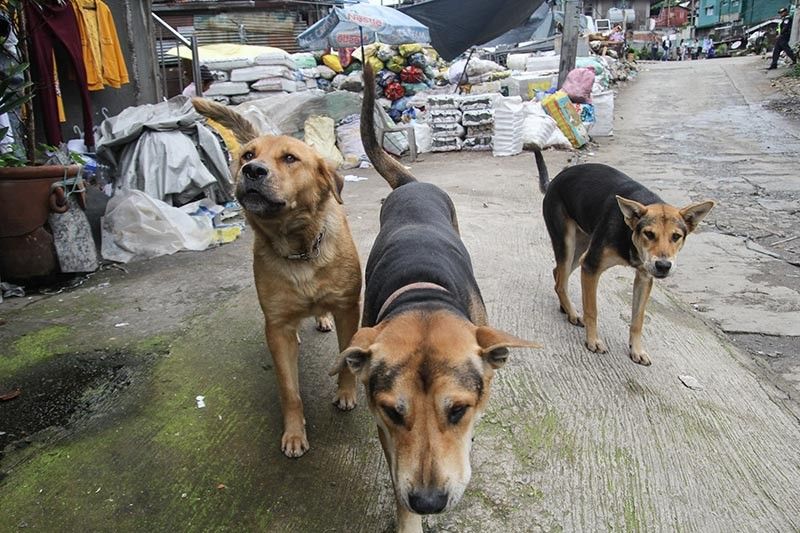 BENGUET. Stray dogs freely roam around the streets of Irisan. Mayor Benjamin Magalong demands an intensive action to address the issues on stray dogs and a possible increase of penalty during a meeting with department heads held at the Irisan controlled dump facility on July 2. (Photo by Jean Nicole Cortes)

BAGUIO City officials are urging residents not to leave pets astray to prevent biting incidents and spread of rabies.

In the management meeting on July 2 of Mayor Benjamin Magalong with the city department heads, the campaign against stray dogs was discussed.

“For stray dogs, we will have a month drive starting today (July 2),” Magalong said.

City Veterinarian Brigit Piok asked for the support and commitment of barangays for the start, the intensification of dog impounding in Purok 17 in barangay Irisan.

Piok hopes for barangay officials to help the dog impounders in the implementation of the drive versus stray animals.

Piok told SunStar Baguio the city veterinary office has one team in charge for dog impounding composed of four to five people, she added they have sought the additional creation of personnel or another team.

Dog impounding schedules is from Monday to Friday where the dog owners are prohibited to let pets go on the loose.

City ordinance no. 25-2000 dictates, any dog that is found outside the premises of the owner be considered as stray dog and shall be seized by any authorized personnel.

An impounding fine of P200 is being collected while unclaimed dogs will be offered for adoption or donation to schools for scientific studies.

With the many cases of dog biting, Barangay Asin captain Jaime Candido pledged willingness to support the campaign.

On the same day, the officials also mulled the increase for the fees or penalty for stray animals as it was observed pet owners easily claim their pets.