LOCAL products, mostly food, are getting boost at the 11th Negros Business Week, which will open at the Robinsons Place Bacolod today, July 6.

Governor Eugenio Jose Lacson and officials of the Metro Bacolod Chamber of Commerce and Industry (MBCCI) will lead the opening of the 12-day event themed “Driving Progress in Harmony.”

The event will gather at least 30 enterprises mostly food producers and processors from localities outside Bacolod City.

Frank Carbon, chief executive officer of MBCCI, earlier said this year's business week is more of a food exposition as it showcases the rich culinary culture of Negros Occidental.

Food is also a major tourist drawer. It's a perfect match with nature tourism, he said, adding that "food is one of the strengths of the province."

Through the annual business week, MBCCI is trying to bring small producers in the city where market and big buyers are located.

This is part of their efforts on exposing startups and small enterprises, enabling them to see how they will reach and eventually saturate the urban market.

"We want to connect small producers to bigger distributors who can help market their products," the business group said.

Also, the 11th Negros Business Week is positioned to trigger growth and development toward the rural areas especially agriculture and fishery communities in Negros Occidental.

Carbon said the resources in rural areas are abundant yet it lack investments, thus employment generation there is minimal and the opportunities are limited.

As they continue to push for collaboration and partnership between the public and private sector for growth and development, Carbon said there is a need to further urge the government to bring in investments among rural areas.

"Progress in harmony speaks for an equitable development, it should not only be directed towards the urban areas," he added. 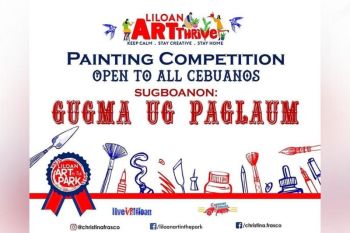