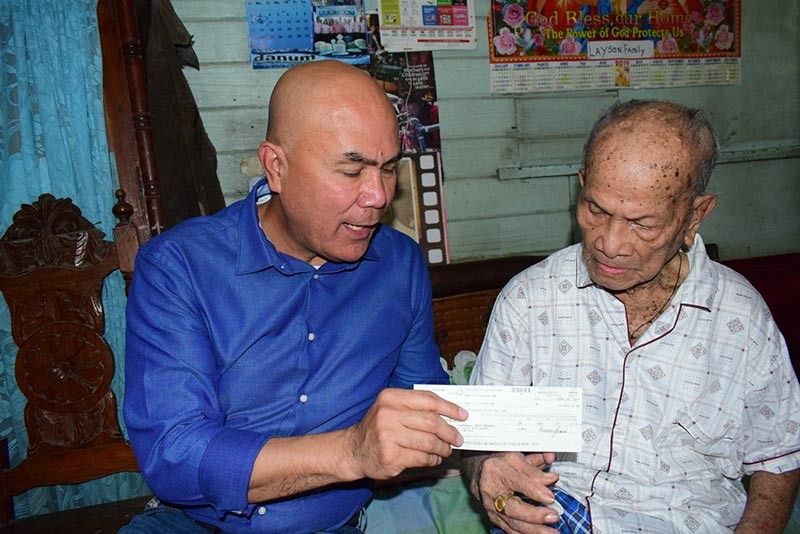 Mayor Cris Garbo led the awarding of cash gifts to Guillermo Layson of Barangay Poblacion and Encarnacion Sunga of Barangay Mabiga at the beneficiaries' respective residences.

Garbo said the cash incentives were given to the centenarians in recognition of their contributions to society.

He said senior citizens may also avail themselves of free medicine for hypertension, diabetes, arthritis, cholesterol, cough, influenza and other diseases.

An elderly is entitled to other free services such as regular physical examination from the city's physicians and laboratory examination and operation from partner diagnostic centers and private hospitals.

Charlo Costales, officer in charge of the CSWDO and GAD officer, said 6 centenarians had so far received P100,000 each from the Garbo Administration.

Aside from free medicine, other perks for the senior citizens are P500 as a birthday gift and P6,000 pension from the Department of Social Welfare and Development.