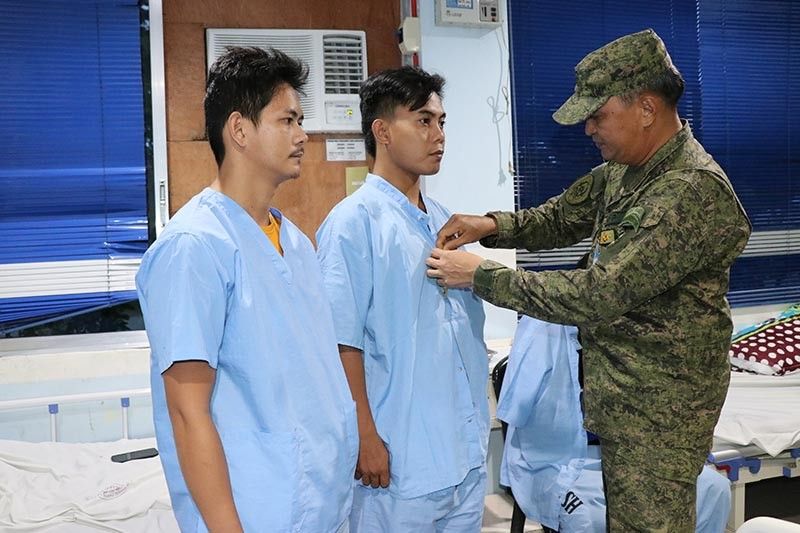 Santos visited the wounded troopers on Thursday at Camp Panacan, Station Hospital, Naval Station Felix Apolinario, Panacan Davao City and awarded the soldiers under the 1002nd Infantry Brigade, Philippine Army the Wounded Personnel Medal in recognition for their bravery during the combat with the state’s enemy.

Prior to the encounter, the army troopers received information of extortion activity perpetrated by NPA rebels in Kiblawan at around 9:45 a.m. Upon learning of the incident, combined elements of 1002nd Infantry Brigade composed of 39th Infantry Battalion and 2nd Scout Ranger Battalion where the wounded soldiers belong, responded to the report and proceeded to the area.

While responding, they figured in a firefight with an undetermined number of communist rebels. After the encounter, they scampered to different directions.

“We appreciate your display of the finest tradition of soldiery. You courageously and unselfishly responded to the call of duty to ensure the safety of our communities. With these, you brought honor not only to yourself and the Armed Forces but also to the communities whom we are serving,” Santos said.