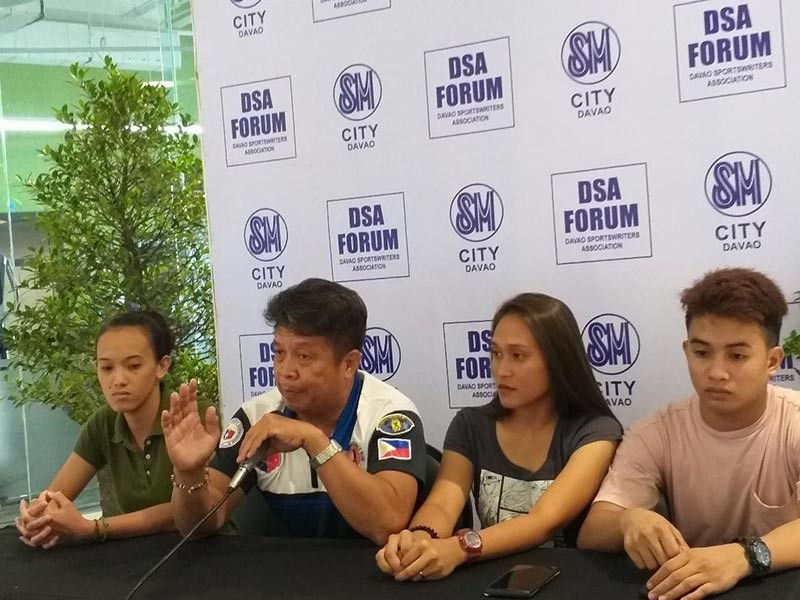 Sagne, a teacher by profession, said, "Dili mi kaadto kay wala pamiy katulugan ngadto (We can't go there yet since we have nowhere to stay)."

She said they still give their best during training with Palazuelo at his gym.

Morcillo, who worked with Cebu Pacific, said they are still uncertain if they make the cut for the 30th Southeast Asian (SEA) Games on November 30 to December 11 in the country but they will continue training here.

Of the 40 athletes in the national arnis team, only 20 will compete in the Philippines SEA Games.

Malisa, who also won a gold medal in the Palarong Pambansa 2019, thanked Palazuelo for teaching them since while they were beginners.

"Wala ko mag-imagine nga makasulod ko sa Philippine team. Batang Pinoy og Palaro raman to akong ginaapilan para mag represent sa city og sa region (I never imagined making it to the Philippine Team since I only used to compete in the Palarong Pambansa and Batang Pinoy to represent the country and the region)," he said.

Palazuelo, meanwhile, predicted an 85 percent chance for the three arnisadors to make the final 20 cast for the SEA Games.