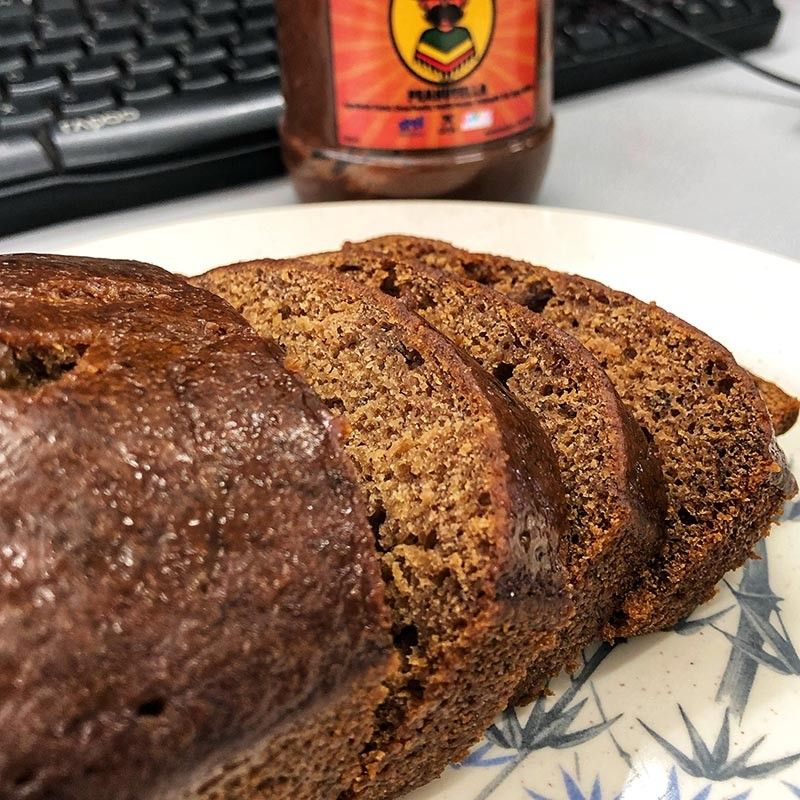 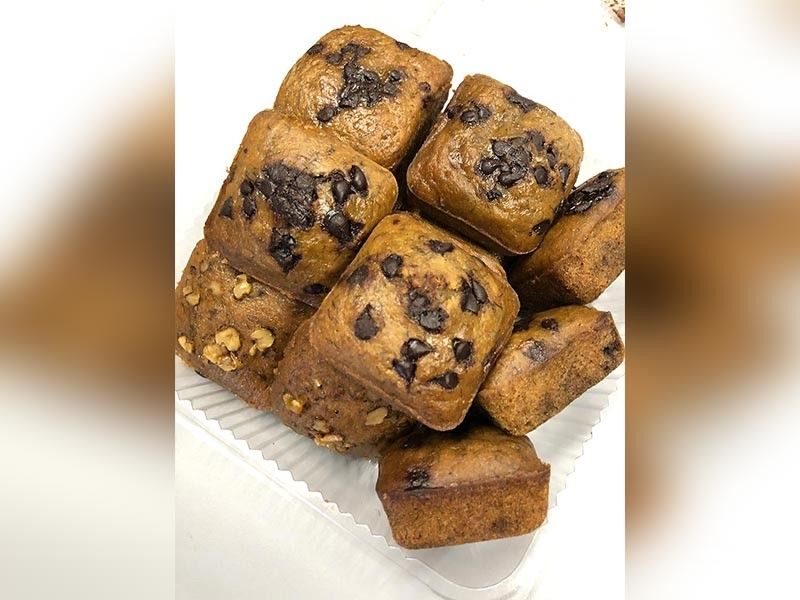 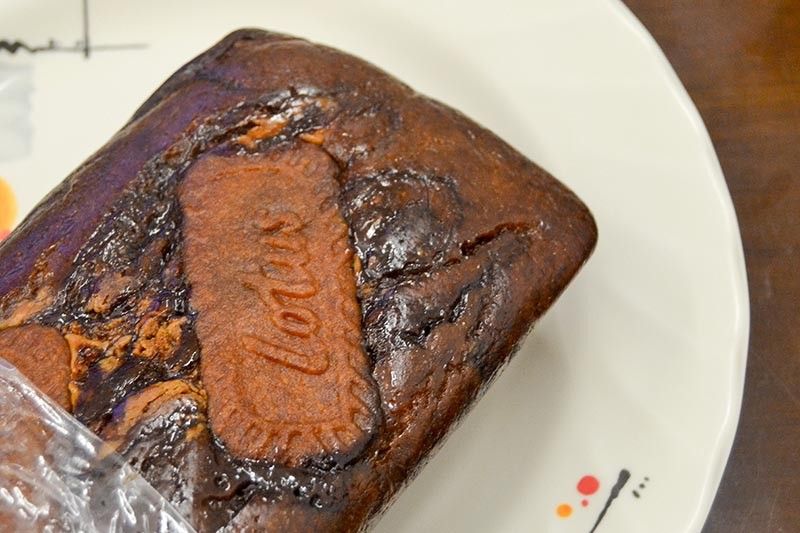 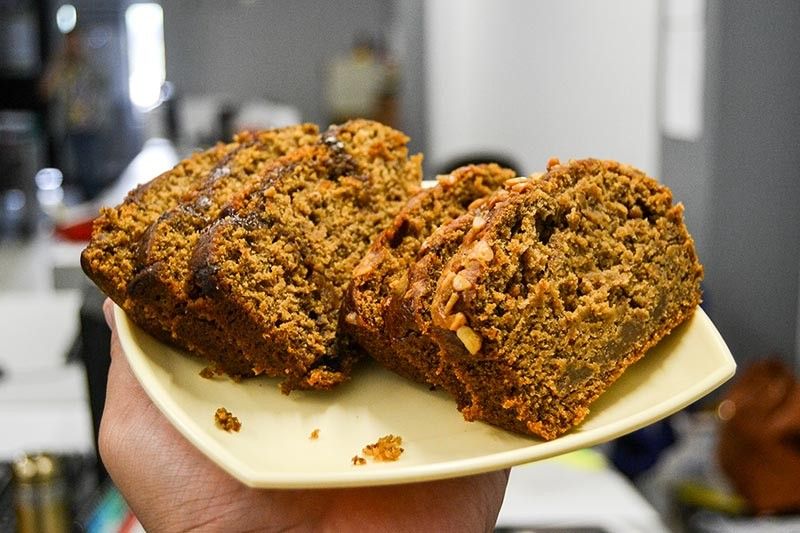 ATHENA Blanche Oropesa was not a fan of the banana bread for quite some time, an odd statement from someone who founded a flourishing banana bread business in Davao City.

"I do not eat banana bread before. I do not like it. It is not your first choice, for example, in a buffet. You would go for the cheesecake or the chocolate cake [instead of the banana bread]," she said.

That is not only the surprising background of the founder of Ana Banana. Who would have thought that a nursing graduate would be baking in their oven banana loaves that have gained the praises of many Dabawenyos and other clients outside the city.

Oropesa learned to cook after exploring Metro Manila for nursing opportunities. She studied culinary in Quezon City and eventually landed a job at a global hotel brand in Makati City. At the hotel she was able to learn different culinary skills and concepts.

When she left her job at the hotel, it was when Ana Banana started to be born.

While helping her sister prepare for the wedding, they would regularly travel to Tagaytay City. Everytime they would come back to Manila, they would drop by pasalubong centers and see what they could find. Some of the bestselling products they noticed included the cinnamon bread, buko pie, and the humble banana bread.

"We also often went back to Davao that year for her requirements. I realized that common kaayo and popular ang banana bread in other cities as a pasalubong or a must try," Oropesa said.

She added, "However, diri, dili kaayo siya popular when in fact daghan kaayo atong banana. Kita gyud ang source of one of the best bananas. Didto nag-start ang idea na we can do this in Davao kasi that is our product that we can really be proud of (However, here in Davao it is not that popular despite having lots of bananas. We are the source of one of the best bananas. The idea of having a banana bread business in Davao started here because it is something that we can be proud of)."

Oropesa said they had their friend’s help with the recipe. It was also this recipe that gained Oropesa's interest in the humble banana bread.

"When I tasted my friend's recipe, I wanted more," she said.

On January 2019, they started their banana bread business and selling their products through Instagram and Facebook. Initial feedback from their clients was that they find Ana Banana's banana bread to be too sweet. Oropesa said they made adjustments with the recipe to better suit the taste of their growing number of clients.

From selling online, they started to join different bazaars in the city.

Oropesa said they also release every month a special flavor.

"There was a time we paired it with nutella and peanut butter," Oropesa said. She pointed out how the nutella-flavored banan loaf, Bana-Nutella, was a hit among their clients. They also had one with Lotus Biscoff last April. For the month of July they have rolled out the Chia Seed Banana Loaf.

She said they regularly conduct research and development for their products. Oropesa said one of their main sources in developing her products is through social media, particularly Instagram and Pinterest.

On a daily basis, Ana Banana makes around 15 loaves with the help of the whole family.

"It is a family thing. I have a cousin who helps; my mother takes care of the banana; my brother is the driver and does the errands; and my sister helps in the financial aspect," Oropesa said.

As a small business that just started, Oropesa said they still continue to evolve to meet the demands of their clients and overcome challenges.

"We continue to evolve, the more customers we have, the more nagadako ang challenge (the bigger the challenge)," Oropesa said.

She said they still continue to experience different learning curves along the way. However, with the support of the family, they are able to overcome these challenges.

Oropesa said the support of Dabawenyos and clients outside the city has also helped them to continue to move forward and become better.

"We want to make the banana loaves become a pasalubong of Davao City. When you are in Davao City it is not just about durian candies," she said.

In the next five years, Ana Banana hopes to set up its own shop with more products to offer for Dabawenyos.

Currently, they have products on display at Faregrounds, Mugshots Coffee + Wine, and Trips and Treats. The three local stores are also pick-up sites for client orders. Clients may also pick up their orders in Catitipan.

Interested clients may message them through Facebook or Messenger to place their orders or to know more about their products. You can also contact them at (0933) 451-7617. You can also place orders through StreetBy from 9 a.m. to 6 p.m. daily.