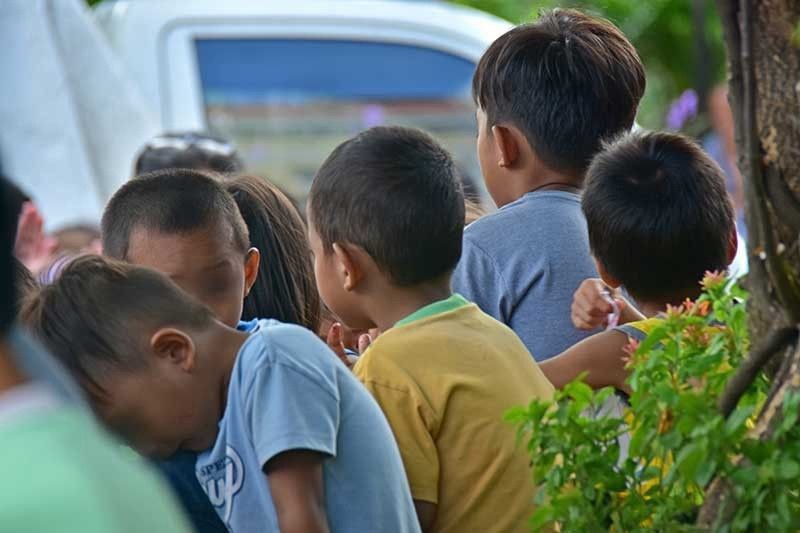 GUARDIANS. Children should rightly fear trigger-happy rogue cops, which don’t inhabit solely empty threats or tired TV plots; they exist in the actual world and present a clear and present danger to the lives of the guilty and the innocent alike. (SunStar file)

AS A child, have you ever been scared into obedience by a parent or an adult who threatened to report you to the police?

“Hala ka, isumbong tikaw sa pulis. Dakpa ning bata-a kay gahig ulo!” Threatening to report a disobedient child to a policeman was as effective as scaring the same child with a story of supernatural child-snatchers and other creatures with horridness for a heart.

Such tactics would have fallen into disfavor in this age of sensitive parenting except for the deluge of bloodied bodies left in the wake of police operations and extrajudicial executions that rose dramatically when the War on Drugs began in 2016.

In the tally of the Philippine Drug Enforcement Agency (PDEA), 5,050 persons were killed since President Rodrigo Duterte launched the campaign against illegal drugs on July 1, 2016 until the close of November 2018. According to the PDEA, the Philippine National Police (PNP) conducted majority of these anti-drug operations.

This official tally is disputed by journalists and human rights advocates, who estimate 20,000 victims, including 54 children murdered as “collateral damage” during the first year of the campaign.

The authorities claim that these “false narratives” on the War on Drugs put the entire blame on the police and fail to attribute some of the deaths to street vigilantes and drug syndicates.

What turned the tide of public opinion slowly but inexorably against the drug-related killings was the execution of student Kian Lloyd delos Santos, 17, by police conducting an anti-drug operation in Caloocan, Metro Manila on Aug. 16, 2017. Many citizens who initially praised the purging of the streets then denounced the murder of fellow Filipinos denied due process to establish innocence or guilt.

On Nov. 29, 2018, the Caloocan Regional Trial Court (RTC) Branch 125 found three policemen guilty of murdering delos Santos and sentenced them to imprisonment from 20 to 40 years, without eligibility for parole. It is “the first conviction of abusive cops” in the War on Drugs, reported Rappler.

It is in this context that SunStar Cebu views the culmination of the “Kiddie Squad” program initiated by the Cebu City Police Office (CCPO) to orient school children to the work undertaken by the police.

The stigma attached to the police should concern all citizens, not just the authorities. For sacrificing to maintain peace and order while on or off duty, many women and men of the PNP deserve to be honored and emulated.

Yet, community relations programs like the “Kiddie Squad” will always fall short of diminishing the stigma against the police when the body count mounts in the streets. Last July 29, three-year-old Myka Ulpina died when she was hit by a stray bullet during a drug bust in Rodriguez, Rizal Province, which targeted and also killed her father Renato, a drug personality.

A child should not fear a police officer. Our security also rests on young people choosing to serve with the police in the future.

However, it is important to dwell on the insights of Caloocan RTC Branch 125 Judge Rodolfo Azucena Jr, who convicted the cop killers of delos Santos.

In his 35-page decision, Azucena wrote, “The court commiserates with our policemen who regularly thrust their lives in zones of danger in order to maintain peace and order and acknowledges the apprehension faced by their families whenever they go on duty.”

“But the use of unnecessary force or wanton violence is not justified when the fulfilment of their duty as law enforcers can be effected otherwise. A shoot first, think later attitude can never be countenanced in a civilized society,” wrote the Caloocan RTC judge.