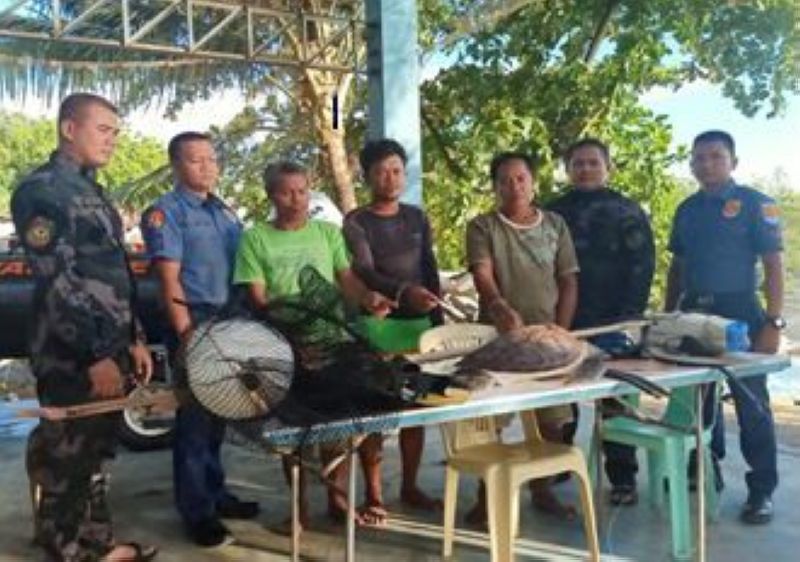 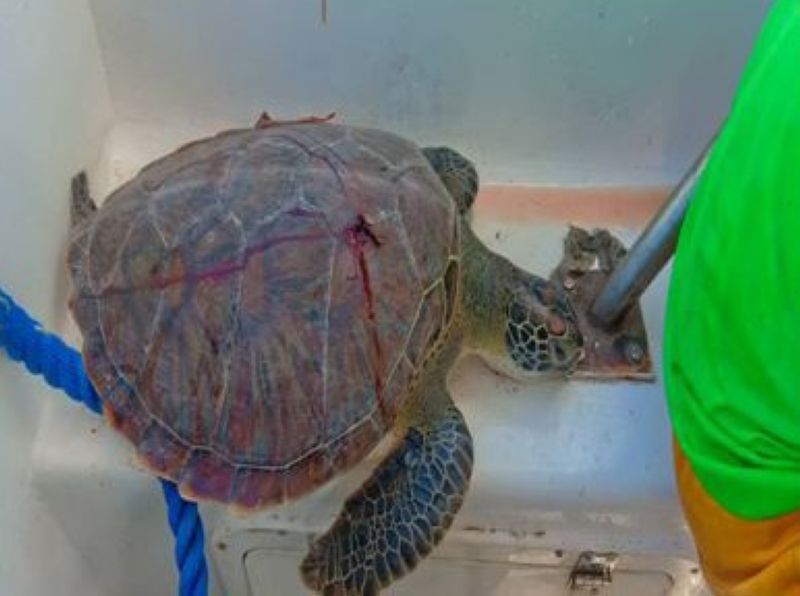 THREE persons were arrested after they were caught in the act of capturing an endangered green sea turtle in the waters off Barangay Caohagan, Lapu-Lapu City on Saturday afternoon, July 6, 2019.

Col. Genaro Sapiera, chief of the Regional Maritime Unit (RMU) 7, said the turtle was already dead when it was recovered by members of the 701st Maritime Police Station (Marpsta) and members of the Criminal Investigation and Detection Group (CIDG) Cebu Province.

According to worldwildlife.org, nearly all species of sea turtles are classified as endangered. The International Union for the Conservation of Nature and Natural Resources (IUCN) also listed the top 50 critically endangered animals in the country, including five species of turtle: the Philippine forest turtle, hawks-bill sea turtle, green turtle, spiny turtle and the frog-faced soft shell turtle.

Sapiera said the Marpsta and the CIDG 7 were conducting seaborne patrol operation in the waters off Lapu-Lapu City and the neighboring islet of Barangay Caohagan when they chanced upon a motorized boat carrying the three suspects.

“While the team approached the said pumpboat, they saw the suspects throw a turtle into the sea. That was the time the team proceeded to the direction where it was thrown and found the dead turtle floating,” he said.

Sapiera said the dead turtle will be turned over to the Wildlife Bureau of the Department of Environment and Natural Resources (DENR) 7 for documentation and proper disposal.

According to Hector Amancia, CIDG 7 chief, the three suspects will face charges for violation of Sec. 27 of Republic Act (RA) 9147, or the Wildlife Resources Conservation and Protection Act.

Last May 26, a 52-inch green turtle was also found dead in Moalboal, Cebu. It was the eighth dead turtle to be found in the area in the last two years. (WBS)