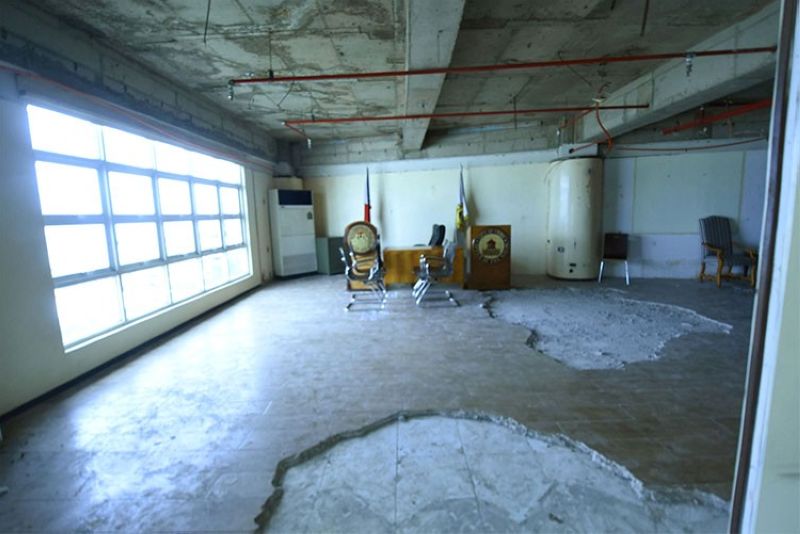 FORMER Cebu City mayor Tomas Osmeña and 44 others were charged by the Cebu City Government for their alleged involvement in vandalizing the mayor’s office last month.

The City Legal Office filed the criminal and administrative complaints before the Office of the Ombudsman-Visayas around 9 a.m. Monday, July 8, 2019.

Also on the same day, Department of the Interior and Local Government (DILG) 7 Director Leocadio Trovela visited Osmeña’s former office as part of the fact-finding investigation initiated by the DILG central office.

“Based on the ocular (inspection), apparently there is destruction,” he said.

Osmeña’s counsel Armando Virgil Ligutan said in a phone conference that they would prove that the complaints filed against them are baseless and motivated by politics.

Labella defeated Osmeña in the mayoral race in the May 13 elections.

According to City Legal Officer Rey Gealon, Osmeña and the other respondents were charged for violating Republic Act (RA) 3019 (Anti-Graft and Corrupt Practices Act), theft and malicious mischief.

He said Section 9 (a) of RA 3019 punishes a public officer or a private person who violates Section 3 of the same law.

If proven guilty for violating RA 3019, Gealon said Osmeña and other respondents, including the private individuals, will “face imprisonment for not less than six years and one month to not more than 15 years, and perpetual disqualification from public office.”

The other complaints filed against the respondents were violations of Article 4 (d) of RA 6713 (Code of Conduct and Ethical Standards for Public Officials and Employees), and administrative charges of grave misconduct, grave neglect of duty, conduct unbecoming of a public official and conduct prejudicial to the best interest of the service.

Aside from Osmeña, the other government employees who are facing charges are former executive assistant Raymund Paul Taboada, who admitted in media interviews that he supervised the demolition; and Ronaldo Malacora, who issued the certification that Osmeña is the owner of “cabinets/shelves/claddings, light plumbing fixtures, partitions and doors, ceiling and floor works.”

The other respondents are Anna Ruby King, Cindy Montermoso, Jimpaul Saavedra and Valentino Ontong Jr. who allegedly accompanied the Dakay Construction workers who carried out the destruction of the mayor’s office on the evening of June 27.

The guards on duty that night were also sued—Joebert Gio, Benjie Dolino, Edgardo Ong and Lance Samuel Co. They are under the employ of Proteger Security.

Dakay Construction owner and president Pericles Dakay and his 32 workers were also named respondents as Osmeña admitted he ordered the said company to take out his “personal properties.”

Francisco “Bimbo” Fernandez, former executive assistant, was included in the complaints as he was the one who declared that the properties belonged to the former mayor.

Gealon said the City Legal Office based its complaints on the premise that the properties inside the mayor’s office must be protected as these were deemed property of the government, according to Article 415 of the Civil Code of the Philippines.

Article 415 (3) “defines as immovable property”: “Everything attached to an immovable in a fixed manner, in such a way that it cannot be separated therefrom without breaking the material or deterioration of the object.”

Gealon said they took the legal action as Osmeña’s successor, Mayor Edgardo Labella, wants to “protect the rights and interests of the people of Cebu.”

Two hours after the City filed the charges before the Ombudsman, Trovela and DILG Cebu City head Kenneth Lucero inspected the former office of Osmeña. They were accompanied by Labella.

Trovela said the DILG-initiated visit is to determine the appropriate charges that would be filed against the former mayor.

The information gathered by the DILG 7 team and lawyers of Bantay Corruption office will be submitted to the legal service unit of the DILG central office. (JJL, EOB)