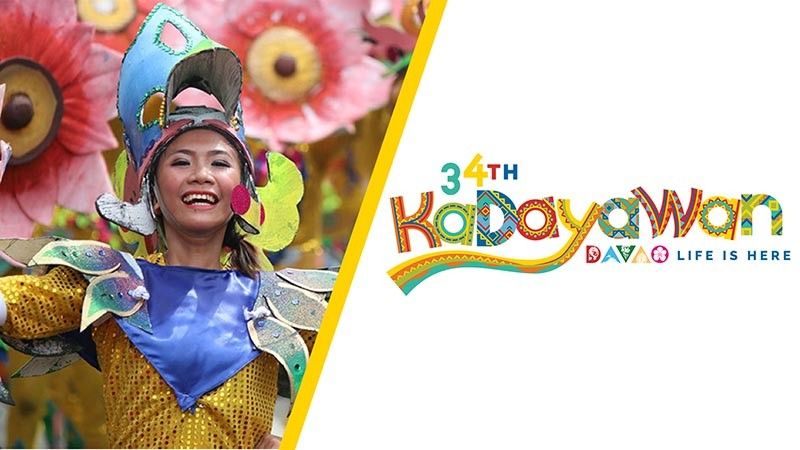 Indak-Indak will now be held on August 17, while Pamulak will be on August 24.

Indak-Indak used to be held on Saturday morning followed by the Pamulak on Sunday morning.

"Unlike in the previous years that we put all the events in one week, we will spread it out for the entire weekend of August," City Tourism Operations Officer (CTOO) head Generose Tecson said during the Kadayawan media launching at the DusitD2 Hotel Davao Monday, July 8.

Tecson, who serves as the festival director, said the adjustments on the activities were made for tourists to have more time to explore the city.

She also said, "This will give Dabawenyos a different experience and to entice more visitors."

Tecson also said the city wants to give guests "a good stay" since hotels and other accommodations were fully booked, based on their assessment from the previous Kadayawan celebration.

Based on CTOO's data last year, the city recorded a total of 208,645 tourist arrivals, both local and foreign. She said the figures were based on hotel occupancy.

The tourism head said the city is targeting more than 250,000 tourists this year.

She also said the budget for this year’s Kadayawan reached around P70 million due to the increase of prizes, with inclusion of taxes on different competitions like the Indak-Indak.

Meanwhile, Mayor Sara Duterte-Carpio, in her speech, urged Dabawenyos to go out and celebrate and to continue discovering the multi-cultural history of the city.

"We also need to continue to learn about one another, about what makes our culture unique and similar," Duterte-Carpio added.

Davao City Chamber of Commerce and Industry Inc. (DCCCII) president Arturo Milan, who serves as the festival co-chairman, said the celebration of the Kadayawan throughout the years is getting strong, through the partnership of different public and private sectors.

Milan said many private sectors have pledged their support for this year's festivity.

“We’re getting the support of all sectors and this is what Kadayawan is all about, it’s about inclusivity, unity and amid diversity and our show of resiliency,” he said.

For the list of complete activities of this year's Kadayawan, you can check the official Facebook page of SunStar Davao. (Cristita L. Canoy, MSU Intern/With reports from Ralph Lawrence G. Llemit)