Duterte would rather be charged over EJK than corruption 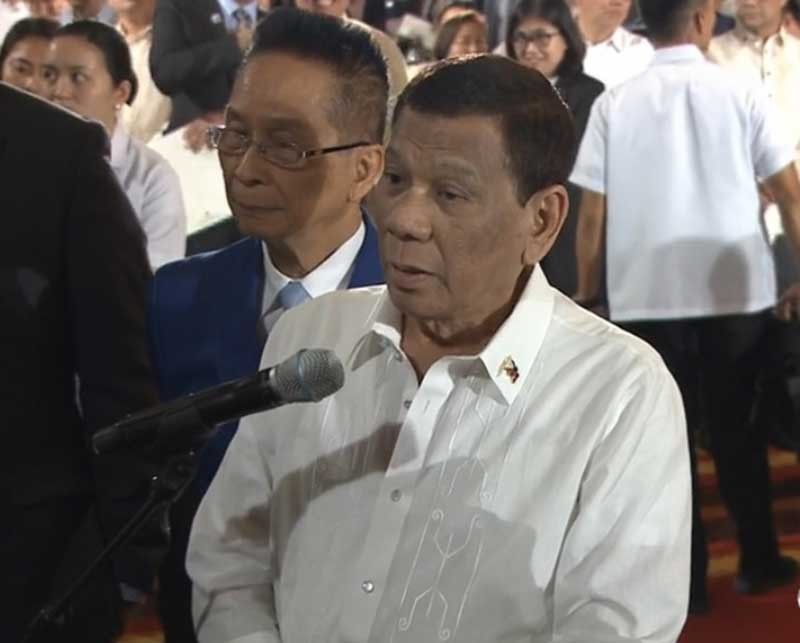 PRESIDENT Rodrigo Duterte on Monday, July 8, said he would rather be accused of committing extrajudicial killings (EJKs) rather than be slapped with corruption charges before the Office of the Ombudsman.

(I was a fiscal and then I became a special prosecutor for the Tanodbayan. It would be ironic if I stand charged with corruption before the Ombudsman. Well, it's okay if it's because of extrajudicial kiling, but not because of corruption.)

Duterte again vented his frustrations over his relentless battle against corruption in government.

(When I step down, you won't be able to find even five centavos in my pocket. And that is true today. I don't have extra expenses. I do not sign anything that gives me an additional five pesos of what I receive. That is how poor I am. But I bear it because I have no choice.)

Duterte made these remarks in the wake of calls from several nations and international rights group Amnesty International (AI), asking the United Nations (UN) to investigate the supposed human rights violations committed under administration's crackdown on illegal drugs.

Over two dozen countries, in a draft resolution, have urged the UN to conduct an investigation into the thousands of killings recorded in Duterte's drug war and come up with a "comprehensive" written report on the Philippines's human rights situation.

An AI report also sought UN's "independent, impartial, and effective" investigation on the "wave of police killings" triggered by Duterte's anti-drug campaign "to ensure that individuals responsible for violations fo domestic law and international human rights law are held accountable, regardless of rank or position, in fair trials before civilian courts."

Data from the Philippine National Police showed that around 6,600 alleged drug offenders have been killed under Duterte's war on illegal drugs from July 2016 to May 2019.

Malacañang, however, has insisted that the drug-related deaths in the country are "neither state-initiated nor sponsored." (SunStar Philippines)