P128-M sub-projects turned over to farmers 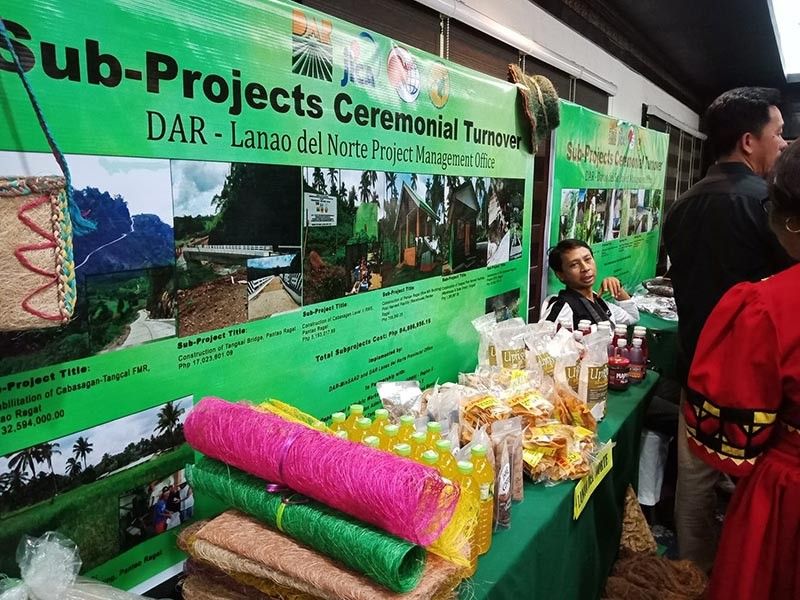 DAVAO. The Department of Agrarian Reform turned over a total of P128 million worth of sub-projects to the beneficiaries in Davao Region to increase production and income of farmers. (Lyka Casamayor)

TO INCREASE farmers’ production and income, the Department of Agrarian Reform (DAR), in partnership with the Japan International Cooperation Agency (Jia), turned over a total of P128 million worth of sub-projects to its more than 3,600 farmer-beneficiaries in Davao Region.

“Giving lands to farmers is not enough, there might be a level of development but we can say that it is still not enough. The thrust now is also to give machineries, facilities, and technology. The greatest example of this is the sub-projects of the government,” Agrarian Reform Secretary John Castriciones said during the turnover ceremony last July 2, 2019 at the Waterfront Insular Hotel.

DAR Undersecretary for Foreign-Assisted Projects Bernie Cruz said the projects implemented under the Mindanao Sustainable Agrarian and Agriculture Development (MinSAAD) Project aims to increase productivity and income of farmers through provision of agricultural infrastructure and enhance their knowledge and skills in farming and business through capacity building activities.

“Our intervention is to help farmers develop technologies to increase production and income. We truly believe that the best incentive for our farmers to plant and for their agri-business to flourish, is to support them through the provision of infrastructures like these,” Cruz said.

Including the Northern Mindanao region and Soccsksargen, the total amount of the sub-projects is P334 million for support services, which include solar dryers, farm-to-market roads, bridges, communal irrigations, potable water systems, and production of rubber, coffee, abaca, pili, rice and corn.