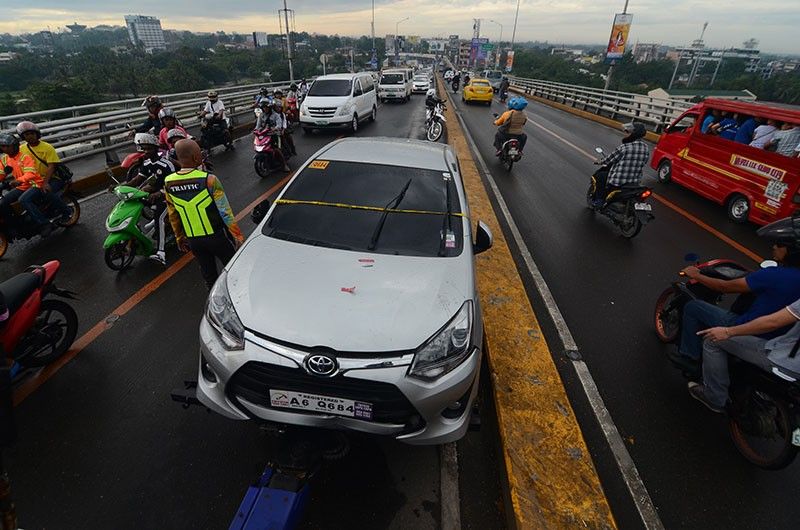 FINANCIAL problems may have pushed a 40-year-old businessman to take his own life on Tuesday dawn, July 9, 2019.

Tacgos was identified as the owner of Goldy Joro Lending Corp. in Barangay Pusok, Lapu-Lapu City.

Tacgos reportedly shot himself while driving his vehicle—a gray Toyota Wigo (A6Q 684)—along Marcelo Fernan Bridge.He came from Lapu-Lapu City and was on his way to Mandaue City before the apparent suicide happened.

The businessman succumbed to a gunshot wound in the right portion of his chest. Police found him slumped lifeless on the driver’s seat.

The incident caused traffic. One of the wheels of Tacgos’s vehicle climbed onto the center aisle of the bridge.

Police also found suicide notes believed to have been written by Tacgos. The letters were pencil-written on a long brown folder and bond paper. One letter, addressed to Tacgos’s parents, has echoes of an angry man; the other letter was addressed to President Rodrigo Duterte.

A friend and a relative of Tacgos gave initial information to the police: Tacgos recently lost around P100,000 after gambling in a casino.

Superbalita Cebu interviewed two Goldy Joro collectors in Pusok Police Station, and one of them said that Tacgos left a note with instructions to collect the money owed by the lending firm’s debtors.

Tacgos’s business is reportedly crumbling and one of the collectors said he heard that Goldy Joro was about to be closed.

However, the investigators are not closing yet their inquiry as they have yet to determine if there was foul play involved in Tacgos’s death. The businessman’s family is also asking for a thorough investigation on the incident. (KAL)