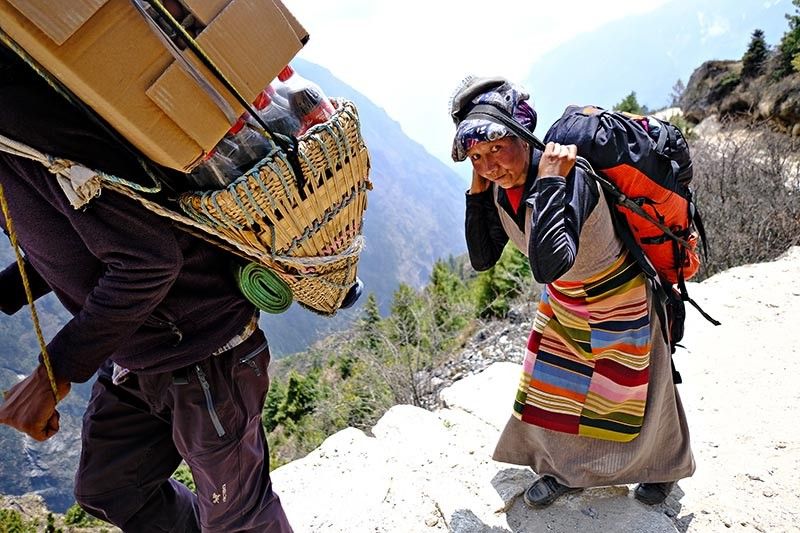 Meeting locals along the trail. (Photo by Rhonson Ng) 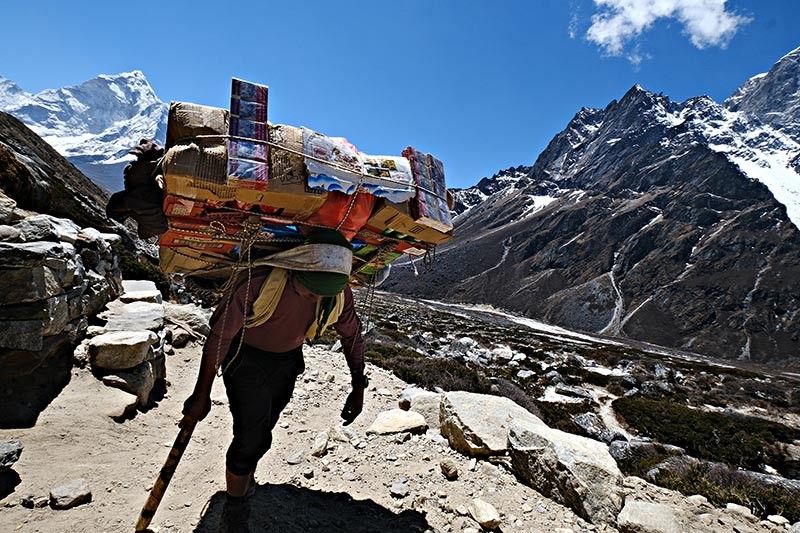 A porter carries heavy load on his back. (Photo by Rhonson Ng) 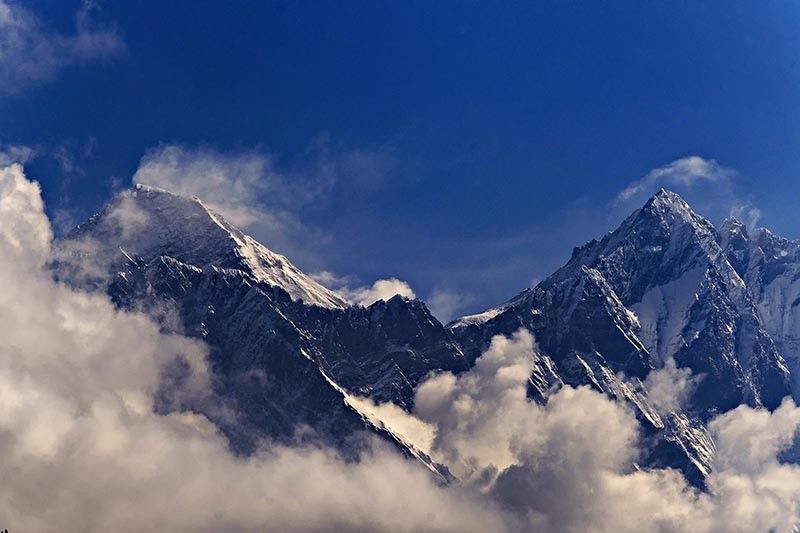 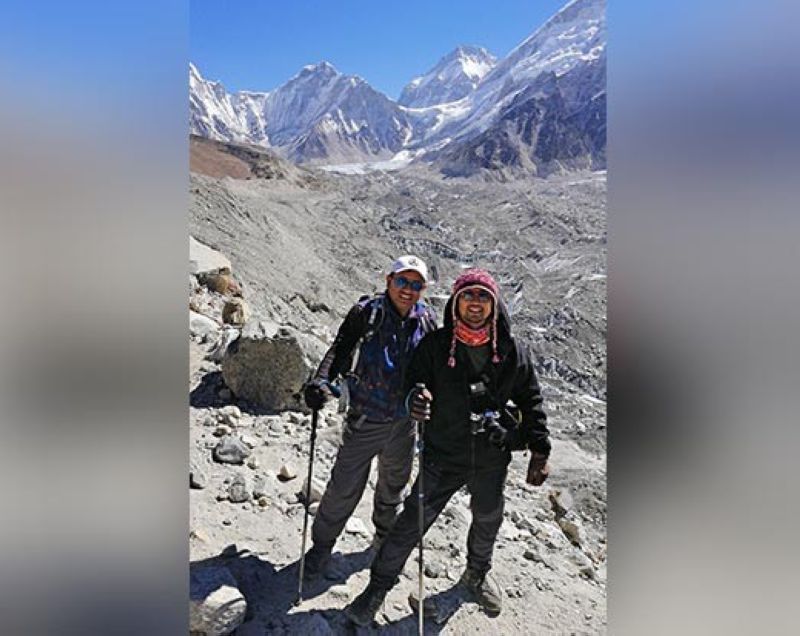 Rhonson and his guide Pemba Sherpa. (Photo by Rhonson Ng) 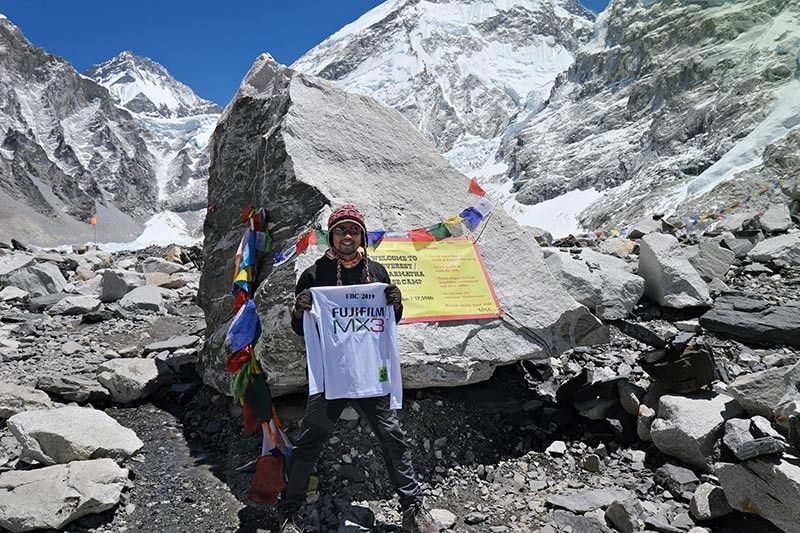 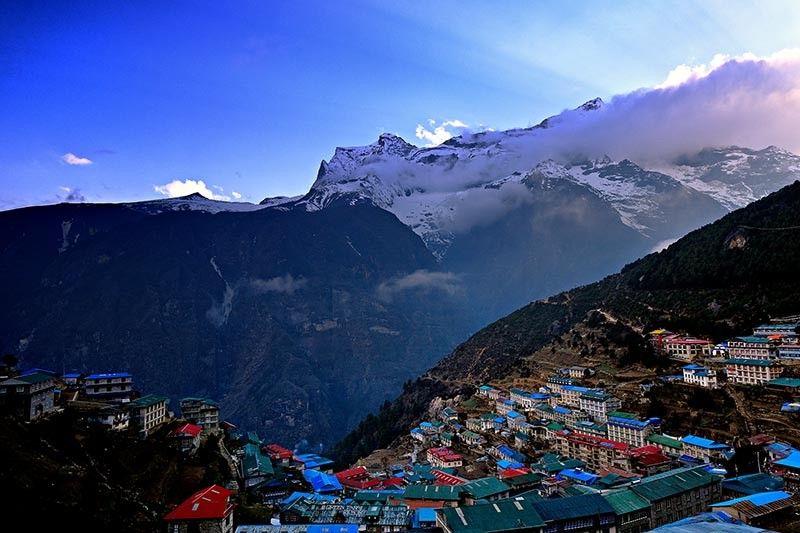 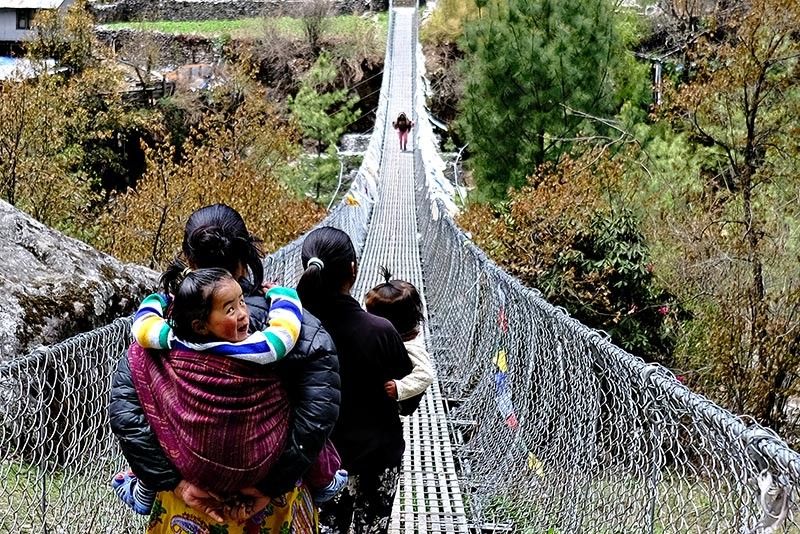 En route through a hanging bridge. (Photo by Rhonson Ng) 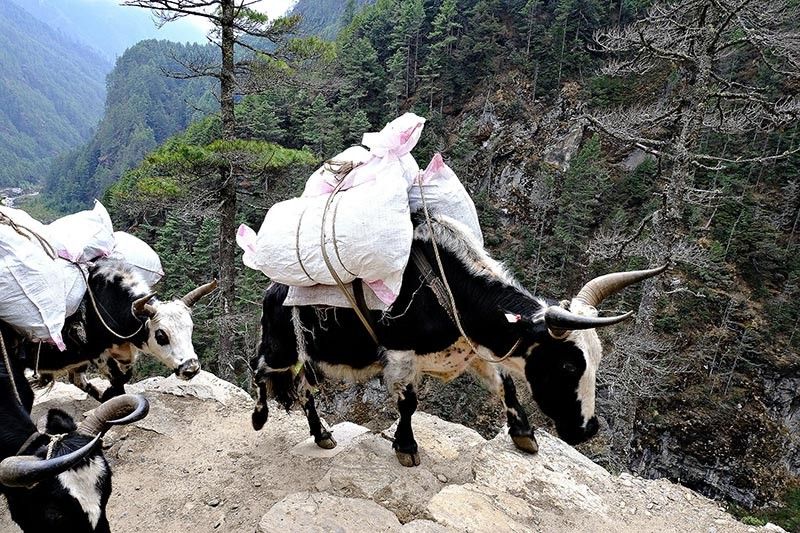 Beware of yaks by the cliff they kick. (Photo by Rhonson Ng)

PROFESSIONAL photographer Rhonson Ng started his photography journey during his mountaineering days in college. Climbing the toughest mountains in the Philippines was a challenge. Eventually, he wanted to conquer the highest peak in the country, so he moved from Luzon to Davao to climb Mt. Apo. He became the official photographer for the Department of Tourism Davao Region, publishing shots of Mindanao’s peaks.

With his mountain adventures on covers of airline magazines, his next target was Malaysia’s highest mountain Mt. Kinabalu for an assignment in PAL’s Mabuhay Magazine. The dream went further, and what prompted it was his young niece based in Australia who just reached Everest Base Camp in 2018.

“Two years ago, I have set my mind for EBC (Everest Base Camp). I am not getting any younger and I want to enjoy the hike. Seeing my niece make the climb urged me to push for my dream climb,” Rhonson said. He was also inspired by Bukidnon’s pride Carina Dayondon, the first Filipina to scale the Seven Summits, whom he recently bonded with during the Climb Camiguin campaign.

For his preparation early this year, he booked a guide named Pemba Sherpa who was well recommended by a good friend who has climbed EBC. He watched a lot of EBC climb videos on YouTube. He then trained for two months of cardio training, uphill jogging, and finally quit smoking.

His adventures started with a flight from Manila to Kathmandu, travel of five hours to Ramechapp, and another thirty minutes of harrowing flight in the world’s most dangerous airport, Lukla. Together with Pemba, they trekked towards Phakding, then Toktok for an overnight stay.

For several days, in between challenging treks, acclimatization (where you climb up to a point, but descend the trail back down again), avoiding a parade of Yaks which can dangerously kick you off cliffs. They met strange and interesting people, ate non-meat food along the way, and craved for coffee, hot showers and warm blankets in guesthouses. Rhonson and Pemba traveled from Toktok to Namche Bazaar, then to Kyangjuma (where he started to feel the dizzying effects of high altitude), to Pangboche, and to Dingboche at 4,260 meters (almost 14,000ft).

“At this point I can feel the elevation affecting my breathing and causing minor headaches. I’ve heard many stories of climbers getting airlifted due to altitude sickness,” he said. “The hardest part was not the trekking. The high altitude affects your sleeping, eating, and breathing. It was mentally challenging.”

Rhonson pushed on to Lobuche, his toughest trail, while battling the effects at 5,000 meters. From Lobuche he passed by Gorak Shep, and instead of staying overnight, he pushed straight for base camp and back to Lobuche.

Having met interesting people along the way, and learning more of Hinduism and Buddhism, he urges fellow Pinoy avid mountaineers to climb EBC and appreciate the beauty of the mountains but not to underestimate it.

“High altitude climbing is way different and more dangerous than you think -- one key is mental preparation and getting a very good guide. Everest Basecamp is on top of every mountaineer’s bucket list. After 25 years, that dream was finally set with the help of family, friends here and abroad and my sponsors Fujifilm Philippines and MX3. I was able to plan a 3-week journey to Nepal, and climb the basecamp of the highest mountain in the world. As an advice to travelers, he said: “Continue to travel and share the experiences if you have the resources and time to do so. Keep the adventure always alive in you.”