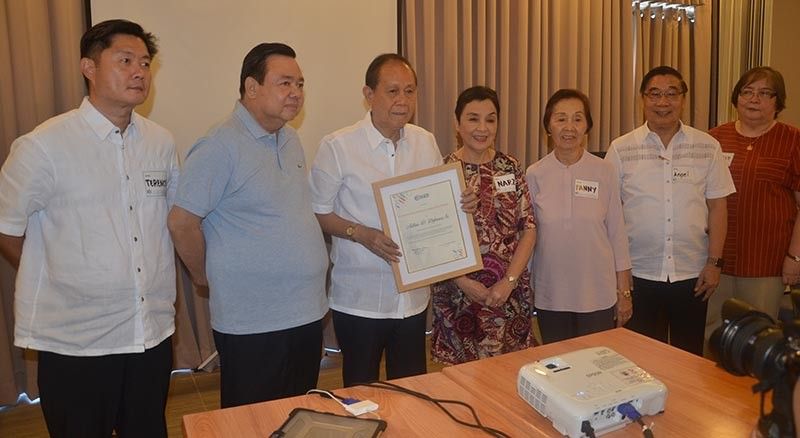 The award was bestowed during the ILEDF 12th Annual General Membership Assembly at the Iloilo Gateway Hotel, Pavia on July 9, 2019.

The foundation recognized Defensor for his “vision and passion for good governance and profound impact on the development and growth of Iloilo’s economy” and for “creating a durable model of poverty reduction that can be replicated in communities around the Philippines.”

Defensor thanked the foundation for the recognition. He lauded ILEDF for “its effort in working towards a much improved and more progressive Iloilo.”

ILEDF is a non-profit, non-government organization with a vision of making Iloilo an attractive investment destination. It is comprised of both public and private sectors.

During the assembly, the foundation presented its plans for 2019-2010, such as the investment work for ports development, attraction of developers and locators for at least one ecozone site, organization of Iloilo Young Business Leaders Group, talks and trainings for local government units (LGUs) on investment promotion and economic development, and full implementation of Iloilo Economic Portal.

They have also identified five possible economic zone sites in the province to be situated in the towns of Concepcion, Dumangas, Leganes, Passi City, and Miagao.

Christian Martin Gonzalez, senior vice president and corporate head of the International Container Terminal Services Inc. (ICTSI), also presented the company’s objectives in upgrading the Iloilo ports, particularly the Iloilo Port Complex and the Dumangas Port. ICTSI is the only firm that has an operation in six continents.

The firm submitted an unsolicited proposal that is currently being reviewed by the Philippine Ports Authority (PPA) board. The upgrading will be done in four phases with the investment totaling to P8.7 billion.

Gonzales said they aim to make Iloilo a major regional transshipment hub for the Visayas.

“We are here because we want to develop ports that are greener and more sustainable,” Gonzales said.

ILEDF Chairman Narzalina Lim said the proposal has the backing of the Iloilo business community. ILEDF prepared an endorsement, which was submitted to the Department of Transportation and the PPA board.

“There is a recognition by the PPA that the Iloilo business community and the stakeholders here are fully behind this,” Lim said. (PR)