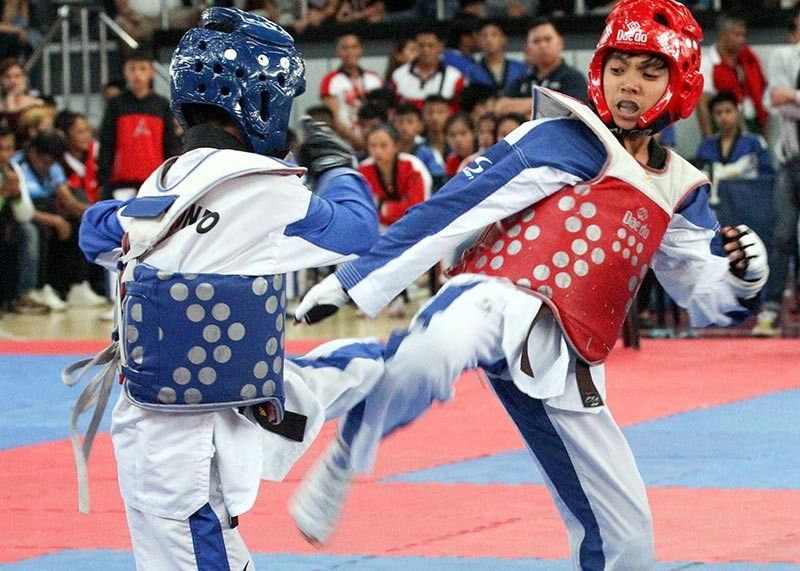 BAGUIO. Combative sports such as taekwondo is once again expected to deliver for Baguio City in the Batang Pinoy National Finals slated August 25 to 31. (Photo by Jean Nicole Cortes)

BAGUIO City is once again pinning its hopes on combative sports when it defends the overall crown during the Batang Pinoy National Finals next month.

Gaudencio Gonzales, Baguio City Sports Office coordinator, said the Summer Capital hopes to capitalize on combative sports anew as it seek to score its third straight overall title in the multiple sports event for children 15 years old and below.

“We are pinning our hopes on combatives because we have events that are going straight to the finals like muay thai, wrestling, judo, and wushu,” Gonzales said.

Baguio City rides on its successful campaigns in combat sports in last year’s competition when it hosted the weeklong event as wushu delivered 13 gold medals while taekwondo picked up 10 golds, as judo and wrestling copped 8 a piece en route to collecting 83 gold, 81 silver and 107 bronze medals for a total haul of 271 in the event featuring athletes from 190 local government units.

Gonzales added Baguio athletes are focused on retaining the over – all title after falling short in the Luzon leg of the competition.

“Our focus right now is to win the over-all. We may have lost the Luzon title but we are still looking forward to retain the national title,” said Gonzales.

During the Luzon leg in Ilagan City, Isabela earlier this year finished first, Baguio City finished second with 36 golds, 47 silvers and 60 bronzes behind Laguna’s 38 gold medals to go with 35 silvers and 36 bronzes it has earned.

Laguna topped the swimming competition with 13 golds, 20 silvers and 12 bronzes while bagging additional golds in arnis (5), athletics (2) and badminton (2).

About 10,000 athletes from previous qualifying legs in Tagum City, Iloilo City and Iligan City are expected to participate in the national championships and will compete in 21 sporting events like archery, arnis, athletics, boxing, dance sport, swimming and others.

Eleven other sports like billiards, cycling, gymnastics, judo and muay thai will have athletes going straight to finals.