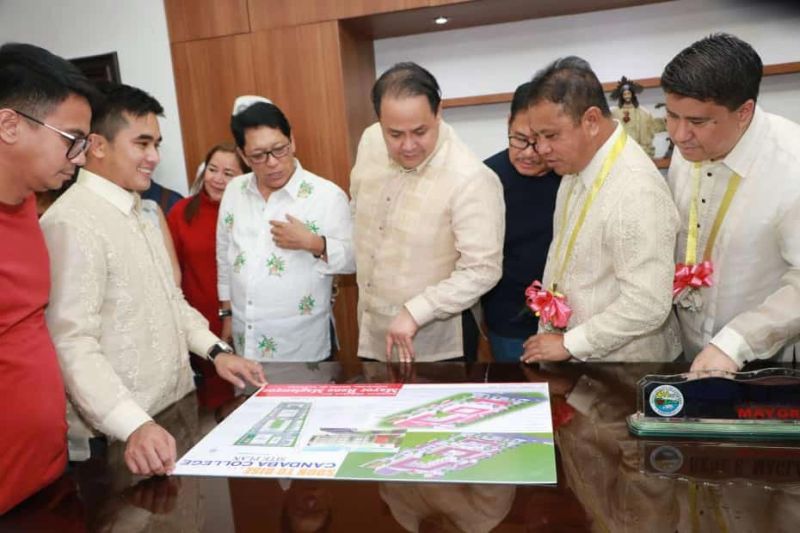 THE fourth district town Candaba may soon have its own public tertiary school as Mayor Rene Maglanque is pushing for the construction of a Don Honorio Ventura State University (DHVSU) campus here.

Unlike other Pampanga towns where DHVSU are only satellite campuses, Maglanque said he is eyeing national government-funded and operated campus by letting it pass through a legislative process.

(There is already DHVSU in the towns of Porac, Lubao and Sto. Tomas but these are only funded by the provincial and municipal government and only 30 percent coming from DHVSU. But if this goes through the legislative process, the fund will come from Ched. We will no longer have problems with funding every year.)

Maglanque added he wanted degree courses to be offered in the soon-to-rise educational facility which will help pave to way for a better and wider opportunity for Candabeño youth.

Among the courses proposed by Maglanque are bachelor’s degree in engineering, commerce, accountancy, nursing and other health-related courses, as well as master’s degree in various field and law.

(I don’t want technical or vocational courses only. I want to focus on degree courses since the children need these and it is the demand in the industry where they can find better opportunities since that is what we dream for every Candabeño child.)

To start the project, Maglanque said the local government will be formally donating a local government-owned two-hectare flood-free lot beside the Candaba Community Hospital in Barangay Pasig here to DHVSU.

The formal signing of the letter of intent to donate, Maglanque said, will serve as the basis of fourth district Representative Juan Pablo “Rimpy” Bondoc in filing a House Bill for the construction of DHVSU Candaba Campus, Maglanque said.

Aside from Candaba residents, Maglanque said the DHVSU campus can also cater to residents of Arayat, San Luis and even those from nearby towns of Bulacan province.