Bzzzzz: Tale of 2 seals of the mayor: one missing, one 'not authorized' 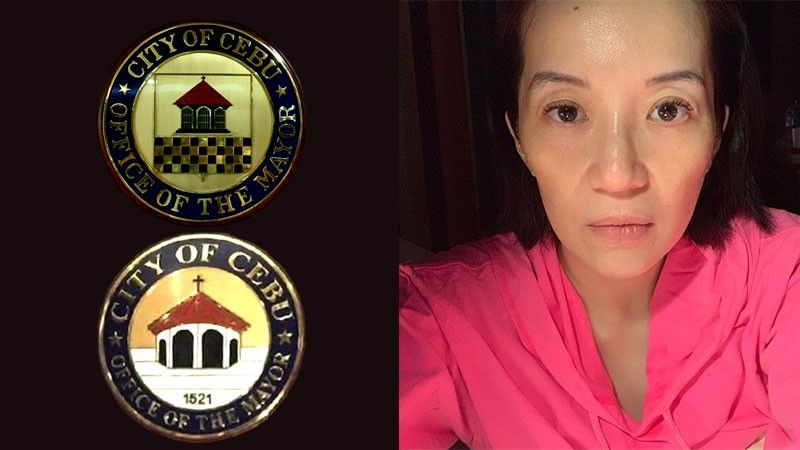 Cajes explained later to ABS-CBN that the seal used at the inaugural was different from the official seal of the mayor. The one that is missing, according to a city legal officer, is the new seal.

The accusation of perjury against Cajes might have been made too soon. Adding to the mystery is that former mayor Tomas Osmeña allegedly changed the seal in 2018 and it is not certain if the change was validly made, meaning approved by the City Council.

Check out the two seals and spot the differences.

Kris posted a photo taken Sunday (July 7) midnight, showing a very thin Kris in a pink blouse, appealing "for help" from her followers in social media to ease pain from her "migraines." She said she was allergic to pain-killers and can't do acupuncture and asked for suggestions.

What she got instead were mostly comments about her looks. Without make up, she appeared "old and not lovely," exposed skin blemishes, not the "kutis porselana" she was known for.

Would other known beauties, in similar medical situation, do what Kris Aquino just did?

* THAT TEXT MESSAGE "FROM INDAY SARA." Davao City Mayor Sara Duterte-Carpio has disowned an alleged text message from her, urging allies of PDP-Laban and Hugpong ng Pagbabago to vote according to their wishes and not be swayed by her father's -- and allegedly Cabinet-induced -- choice of Taguig City Representative Allan Peter Cayetano.

Cayetano is supposed to get the first half of the House speaker's term to be shared. With party-list congressman Mike Defensor apologizing to Sara for disclosing the message publicly and the mayor's denial that it was hers, what really happened may no longer be ascertained.