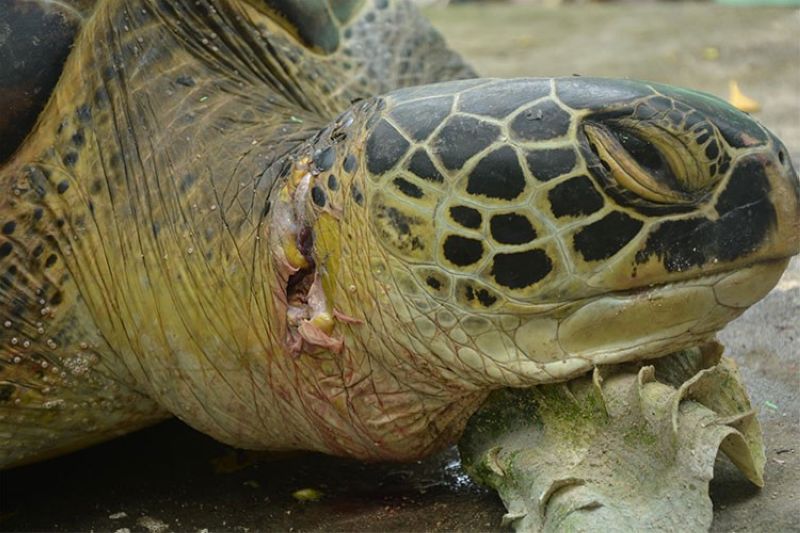 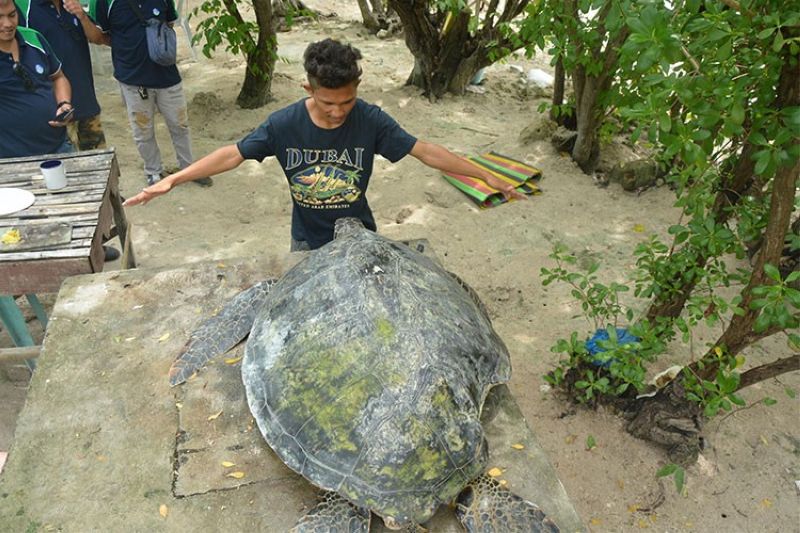 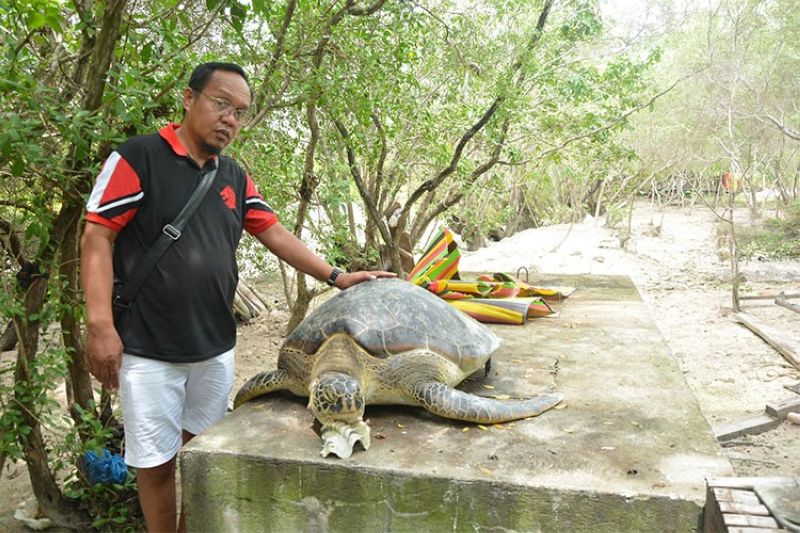 The turtle, which was four feet in length (from head to tail), bore a spear wound on its neck. The turtle was estimated to have lived 100 years and weighed more than 100 kilos.

According to Andy Berame of the City Disaster Risk Reduction Management Office, the turtle was already brought to San Vicente for proper burial and disposition on Wednesday.

The green sea turle was already in a state of decomposition, he said.

Berame will still wait for the Department of Environment and Natural Resources (DENR) to determine whether it was a green sea turtle or a leatherback turtle that was found.

“We still don’t know if it’s a green sea turtle or a leatherback. Or if it is 100 years old because it is only the DENR (that will determine this). It already smelled when the fishermen found it,” he said.

The death is already the second in less than five days after three men were arrested on Saturday, July 6, after they were caught in the act of capturing a green sea turtle in the waters off Barangay Caohagan, Lapu-Lapu City.

It could not be known yet if the turtle was one of those killed by the three fishermen, Berame said, adding it is difficult for them to trace who killed the turtle.

“We received a report that some divers swim at night to hunt for sea turtles,” Eyas said in Cebuano.

Berame reminded the public it is illegal to catch or kill sea turtles. Violators will likely face imprisonment.

Several sea turtles can be found in the waters of Olango and Lapu-Lapu City because it is abundant with fish and other marine life, Berame said.

On May 22, a 52-inch green turtle was also found dead in Moalboal, Cebu. (from GCM of SuperBalita Cebu/VLA)