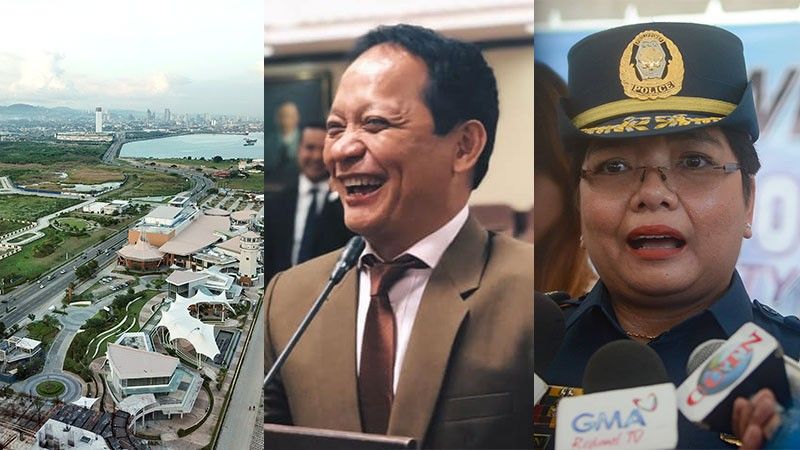 * WHETHER FILINVEST WOULD STILL GO AHEAD WITH SRP LOTS SALE RESCISSSION. Then mayor Tomas Osmeña and FLI agreed in principle to rescind the purchase of 19.2 hectares of South Road Properties, even as he also pushed for the declaration of nullity of sales to Ayala Land-Cebu Holdings and SM Prime Holdings, which took 26 hectares.

His reason: the sales were "illegal and invalid" as the lots were, among other causes, underpriced and could fetch a much higher amount in the market.

If the lots were sold cheap, as Osmeña contended, wouldn't FLI now change its mind and not push through with its agreement, which was not yet reduced to writing and signed and sealed? The buzz then was that FLI was just trying to please, or could not refuse, Osmeña.

Mayor Labella reportedly has "no problem" with cancelling the FLI deal with Tomas and returning the down payment of P4 billion (plus interest?). The reason must be this: the city can sell the land to other buyers at a much higher price.

And, by the way, why was the "agreement in principle" not formalized and consummated when Tomas had all of three years of his term in 2016 to do it?

* CEBU CITY'S NEW POLICE CHIEF, GEMMA CRUZ VINLUAN being (1) a woman, the second woman to hold the office, after Royina Garma , and (2) a classmate of Garma at the PNP Academy's Kapanalig class of 1997. Both are police colonels.

Garma retired from the police 10 years early to accept the post of head of Philippine Charity Sweepstakes Office. Her critics say the plum appointment is reward for her alleged help in making Edgardo Labella win as mayor. That is only half as controversial as Garma's squabble with the former mayor, Tomas Osmeña, over killings in the city.

As former chief of the Women and Children Protection Center, she said among her priorities will be the campaign against rape, which she says is the no. 2 crime in the country. She must have mentioned illegal drugs too and, with it, the killings related to it.

* GARGANERA AND NUMBER 8. Joel Garganera of Partido Barug was #8 in the ballot in the May elections for Cebu City councilors. But he landed #10 in the final standing.

When two BOPK candidates, Alvin Arcilla and Sisenio Andales, were disqualified, two bets moved up, Jerry Guardo of BOPK who finished #9, rose to #7 and Garganera to #8.

No. 8 candidate Garganera made it to #8 in the City Council roster. He will be proclaimed by a special board of canvassers in Manila next week. He can say again, as he did when Andales's COC was cancelled by Comelec, "The w8 is over." A celebration that will "bef8" the happy play of number 8 is still to come.

* STILL A MYSTERY: HOW MANY OFFICIAL SEALS OF THE MAYOR. The camp of former mayor Tomas Osmeña says there was only one such seal and City Hall's building maintenance chief took it out and used it for Mayor Edgar Labella's inauguration. Photos though show two official seals, with different presentations of design. One is missing and one is allegedly not authorized by the City Council. As to which is which, that is still a mystery.

Copy editors of news media, who're similarly deluged with such news releases, will sympathize over John Rey's editing woes. But PR agencies handling accounts of soap/detergent and sardine makers may disagree with his comparison: only topnotch writers write their publicity releases.