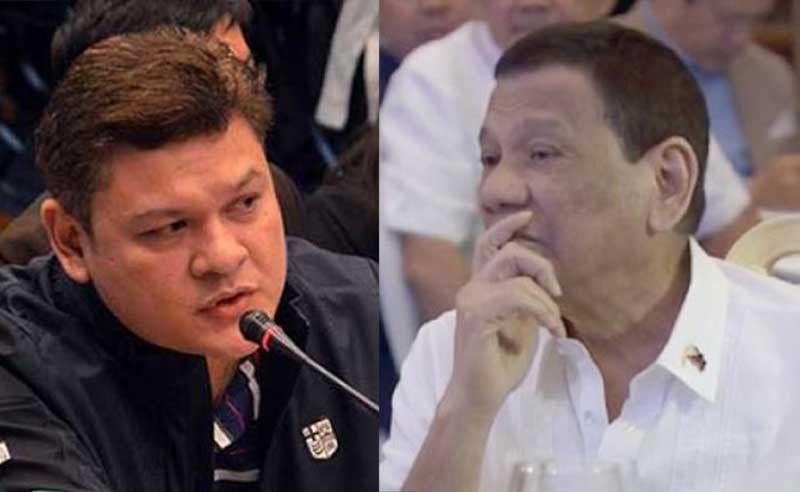 PRESIDENT Rodrigo Duterte shrugged off Thursday, July 11, the claim of his son, Davao City First District Representative Paolo Duterte, that a coup d'etat might be staged at the House of Representatives on July 22 to protest the Chief Executive's selection of new House leaders.

The President merely dismissed the pronouncement of his son as "wishful thinking."

"Have you heard of wishful thinking?" Duterte told Palace reporters, when sought for reaction on his son's claim.

The President expressed confidence that majority of House lawmakers would choose Taguig Representative Alan Peter Cayetano as their House Speaker on July 22.

"He (Cayetano) will [get the votes of the majority]," he said. Cayetano was Duterte's runningmate in the 2016 presidential elections.

The younger Duterte earlier said that it appears the Speakership race is not yet over and hinted that one of the three aspirants for the House speakership who sought his father's advice might stage a mutiny when the congressmen hold an election for the new set of House leaders at the opening of the 18th Congress on July 22.

"May election pa sa July 22 at doon ako mas interesado, kung sino ang mananalo. Kasi may bali-balita, may isa sa tatlo na balak mag-coup d'etat on that day (I am interested as to who will win in the elections that will be held on July 22. There are rumors that one of the three is eyeing to stage a coup d'etat on that day)," Duterte's son said.

The Davao City lawmaker did not mention any name, but the three House lawmakers who are vying for the top post at the House of Representatives and had a meeting with the President are Cayetano, Velasco, and Leyte Rep. Martin Romualdez.

Duterte named Cayetano and Velasco as his choices for Speaker under a term-sharing arrangement. Romualdez was endorsed by Duterte as the next House Majority Leader.