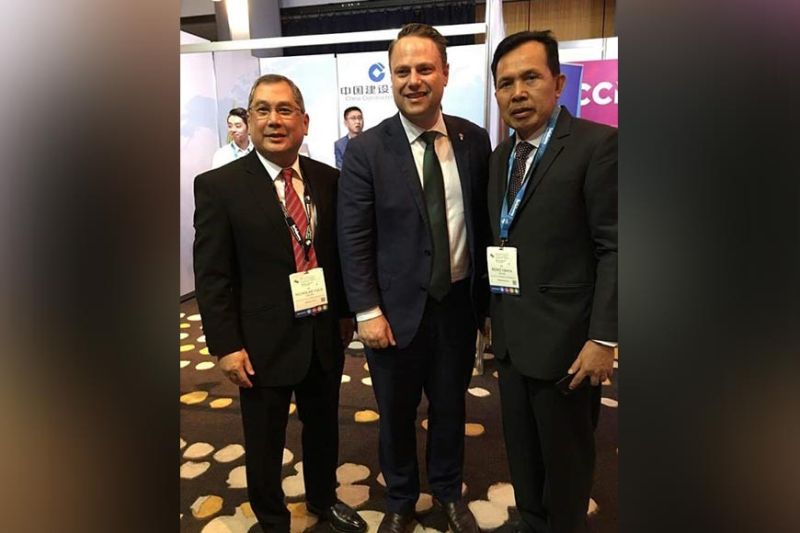 BAGO City is one of the three cities from the Philippines that have gained boost at the just-concluded 2019 Asia Pacific Cities Summit (APCS) and Mayors' Forum held in Brisbane, Australia.

Mayor Nicholas Yulo, who was the lone local chief executive-representative from Western Visayas, said the international summit is actually an eye opener to the mayors across the Asia Pacific Region.

Yulo said the summit and forum centered on four main topics, such as sustainability, livability, mobility, and innovation and technology.

"Innovation and technology is moving the world so rapidly but there are issues that we need to address otherwise the future may not be secured," he added.

The summit underscored that one of the biggest issues now is the decaying oceans due to dumping of garbage.

The one single problem is plastic, Yulo said, adding that problems related to air pollution were also highlighted.

"Here, they showed how other cities are innovating to tackle these problems using the ever changing new technologies available to us," the mayor told SunStar Bacolod.

The three-day APCS and Mayors' Forum was held at Brisbane Convention and Exhibition Centre from July 7 to 10.

The organizer, in its website, said activity enables participants to connect and collaborate with key influencers of cities and join the conversation about the innovation, mobility, livability and sustainability of cities.

The 2019 APCS marks the 12th occasion of the event for the Asia Pacific Region.

Brisbane Lord Mayor Adrian Schrinner, in a statement, said with a focus on driving cities through business and innovation, the summit is a key platform for city, business, industry and emerging leaders to connect and shape the region's urban agenda.

Schrinner said it will offer world-class speakers, an inspiring and topical program, a dedicated business introductions program as well as an array of networking opportunities.

"The summit will continue to build on its success as one of the region's leading forums, and a key platform for driving innovation, city partnerships and economic growth in Brisbane and the Asia Pacific Region," he added.

Aside from Bago City in Negros Occidental, the two other cities from the Philippines are Ilagan in Isabela and Calbayog in Samar.

For Bago alone, its top official said the city has gained boost as participating mayors were empowered on how to respond to the problems presented.

Yulo said it enabled them to design strategies and measures that could be applied to address pressing problems in their respective community.

"The summit makes us look at and address issues with new sets of eyes," he added.