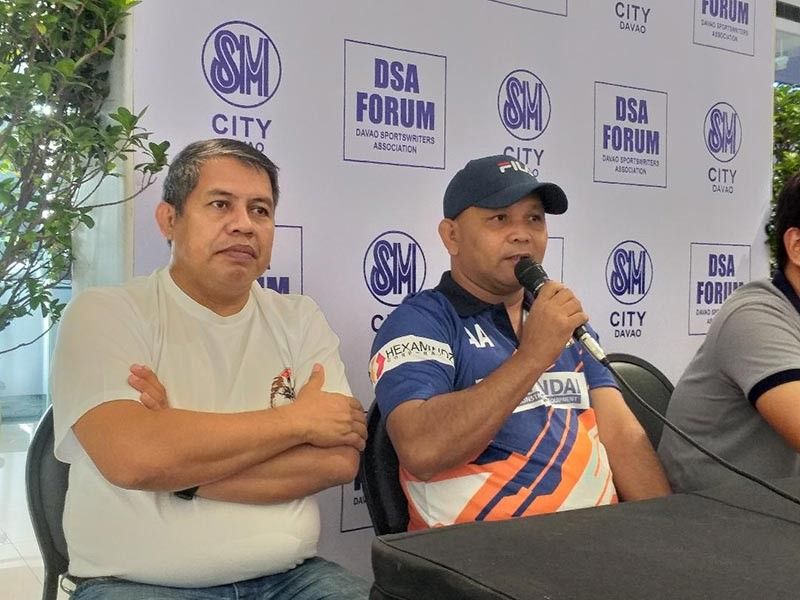 DAVAO. DRFA-Hexamindz head coach Alex Adolfo (right), during Thursday's Davao Sportswriters Association Forum at The Annex of SM City Davao, says the team is ready to play against Ilnosurfa on Saturday, July 13, in the PFF U15 Boys National Championship 2019 at the Davao City-UP Sports Complex. Team manager Garry Sanoria is beside him. (Marianne Saberon-Abalayan)

He said, however, that they have been telling the boys to not focus on the winning. "Maningkamot og mag-focus lang usa sa game. After na nalang nang winning (They just need to work hard and focus first on the game, the win will just follow)."

The PFF subsidizes expenses of the teams since the home and away elimination format entails a huge budget.

DRFA and Ilnosurfa are in Group G along with North Davao RFA and Golden Davao RFA.