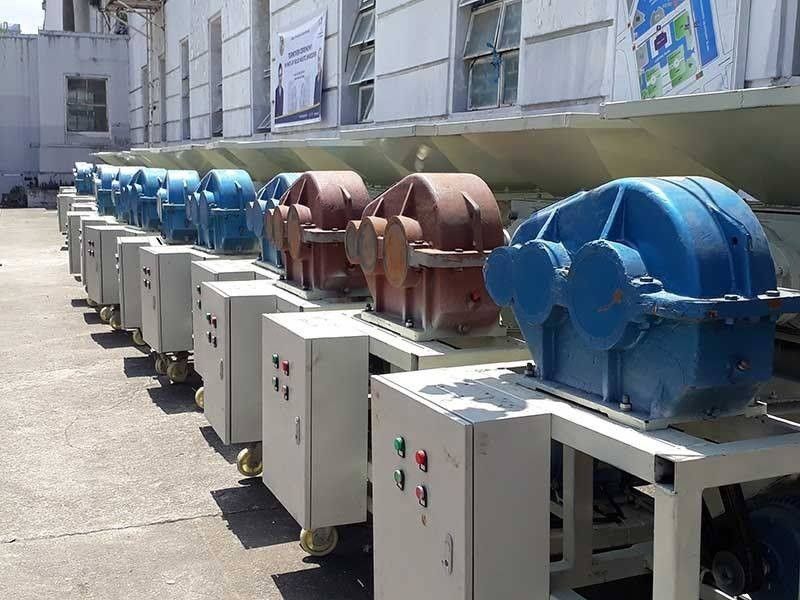 Barely four months after Capitol turned over garbage shredders to 19 Cebu municipalities and one city, a mayor of one of the recipient towns informed Cebu Gov. Gwendolyn Garcia that they cannot use the machine due to power supply issues.

In a press conference held Thursday, July 11, 2019, the governor said the machines cannot be used because their electrical power distribution system is three-phase electrical power.

She said the local government unit (LGU) will need three transformers, which will cost P1.2 million, which she said is more expensive than the shredder that costs P468,888 each.

The governor learned that some mayors did not accept the machines because they cannot use them. One town mayor, Garcia said, called her and informed her that the machine cannot be used because the machines require a three-phase electrical power system.

(I want to cry again. So, the interest was really just to buy. It’s not even if it can be used. So I told those involved that since you requested this, I will give you 24 hours. Come back to me. Give me a solution.)

Jayson Lozano, then acting officer of the Provincial Environment and Natural Resources Office (Penro) during the time the machines were purchased, admitted he failed to personally talk to LGU representatives since it was the Environmental Management Services Division (EMSD), as chief proponent, which coordinated with the Solid Waste Management coordinators of the LGUs.

The governor has given Lozano until Friday, July 12, to find out how the garbage shredders can be used by the LGUs without the Capitol incurring losses.

If Lozano fails to find a solution, this will serve as basis for the complaint that will be filed against him to the committee on discipline and investigation due to command responsibility.

Lozano, for his part, admitted he does not know the supplier and only the staff of the EMSD are well-versed in this. These people, however, are no longer at the Capitol since they were job order employees.

The Penro purchased the shredding machines in 2018 during the time of former governor now Vice Gov. Hilario Davide III, as part of the Capitol’s solid waste management plan.

According to Lozano, 19 LGUs were chosen as beneficiaries after they complied with the 10-year solid waste management plan which requires the closure of open dump sites and the establishment of materials recovery facilities (MRFs).

The shredders were distributed last March 25, 2019 in a ceremony that was attended by Davide III and the mayors of the LGUs.

Lozano added the shredding machine has several functions because it can shred bottles, rubber wheels, cans and other kinds of waste.

Bernard Calderon, acting chief of the Provincial General Services Office, said the shredding machine is a “white elephant” because it did not respond to what the LGU requires.

In this case, the shredding machines have a three-phase electrical service type, which local towns do not have. The machines can only be used if the LGUs upgrade their electrical power system.

(Big money is involved here and this will just end up a white elephant.)

Lozano has already coordinated with the supplier to ensure that the machines can still be used.

He added the supplier has an ongoing discussion with other LGUs for the upgrading of its electrical power system to three-phase so it can add more shredding machines. (From SCG of SuperBalita Cebu, VLA)