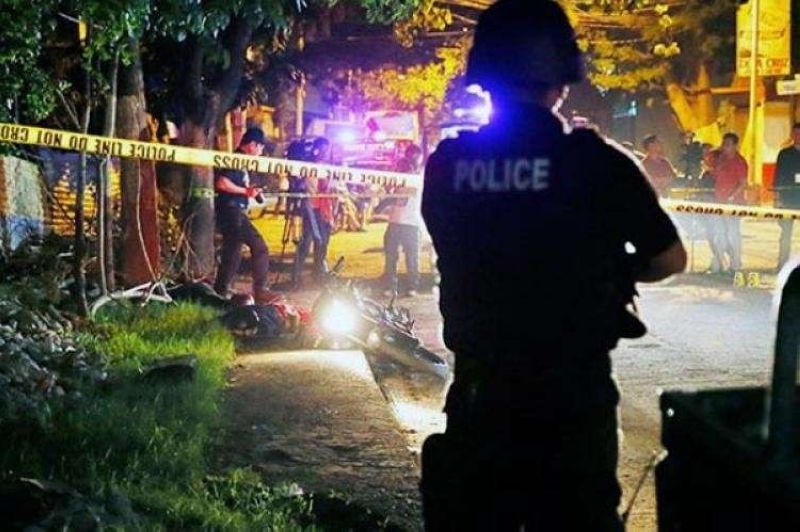 JUST several hours after President Rodrigo Duterte said he would allow the United Nations (UN) to conduct an investigation into the alleged human rights violations in the country, Malacañang said the government would reject any attempt by other nations to interfere in the Philippines' domestic affairs.

"The Philippines is a sovereign state, undeserving of any intrusion by any country, under whatever disguised lofty principle it advances," Presidential Spokesperson Salvador Panelo said in a statement on Friday, July 12.

"Any attempt to undermine our sovereignty will receive an uproarious rejection from our countrymen, it being a naked affront to their authority to run their domestic affairs they deem fit under the prevailing circumstances," he added.

Panelo issued the statement to express the Palace's objection to the United Nations Human Rights Council's (UNHRC) adoption of a resolution seeking the review of Duterte's drug war.

Panelo said the executive questioned the resolution's "propriety" and "validity," as he noted that it "not only was not unanimously adopted, but it did not even get a simple majority of the 47 countries."

He stressed that the countries that backed the resolution have been "misled" by Iceland, which he claims was "led astray by the continuing and relentless false news, published by a few biased media in the country and elsewhere."

"The Palace objects and condemns the resolution of Iceland, favored by [18] other countries during the 41st session of the United Nations Human Rights Council, the same being based on false information and unverified facts and figures," Panelo said.

"The voting is not decisive in its favor. Only 18 countries out of the 47 member-countries voted for the resolution. A simple majority would have been 24. This means that majority of the members are not really convinced of the resolution calling for the investigation of the so-called extrajudicial killings in our country," he added.

He said the proposal to investigate the human rights situation in the Philippines "smacks of politicization designed to force our free state to be subservient to their imagined superiority."

"It reeks of nauseating politics completely devoid of respect for the sovereignty of our country, even as it is bereft of the gruesome realities of the drug menace in the country," Panelo said.

"The resolution demonstrates how the Western powers are scornful of our sovereign exercise of protecting our people from the scourge of prohibited drugs that threaten to destroy the fabric of our society. Their intrusive abuse is patent and condemnable," he added.

Panelo said the UNHRC's move to adopt the resolution was "offensive and insulting" to the sensibilities of the 81 percent of the Filipino people who expressed satisfaction with Duterte's "forceful and effective" governance.

He cited results of periodic independent surveys, which showed the public's unprecedented support to the President's "unique" style of leadership.

These are a "repudiation of those who disagree or question his methodology in dismantling the apparatus of the drug syndicate," Panelo said.

"The overwhelming majority of the Filipino electorate, who mercilessly crushed the intellectual and nationalist pretensions of those who peddled the bogus news, untruthful accounts and vicious propaganda on the President’s campaign against illegal drugs, are grossly and thoroughly insulted by the resolution that echoes such falsities," he added.

Panelo stressed that while the resolution is designed to "embarrass" the Philippines before the international community and the global audience, the Duterte presidency is "not cowed or weakened."

He added that the UNHRC and other nations that backed the resolution would gain nothing but just a "humiliation," since the drug-related killings in the Philippines have "never" been state-sponsored.

"In any case, President Rodrigo Roa Duterte has already spoken. He will be reviewing the intent of the proposed investigation and will decide thereafter on whether to permit the same to proceed or not," he said.

"Should it proceed impartially, we are certain that its result will only lead to the humiliation of the investigators, as well as of Iceland and the 17 other nations supporting it, since there never have been - nor will there ever be - state-sponsored killings in this part of the world," he added.

On Thursday, Duterte said he may allow the UNHRC to visit the Philippines and investigate the human rights situation in the country, depending on their "purpose."

Despite the adoption of the resolution, Panelo said the Duterte government would continue to be "unwavering and unstoppable" in its continuing campaign to provide a "safe environment" for every Filipino.

"The Chief Executive will be unyielding in his constitutional duty to serve the general welfare of the citizenry, protect the Filipino people from the peril spawned by illegal drugs, and to fiercely preserve the Republic from the enemies of the state," Panelo said. (SunStar Philippines)