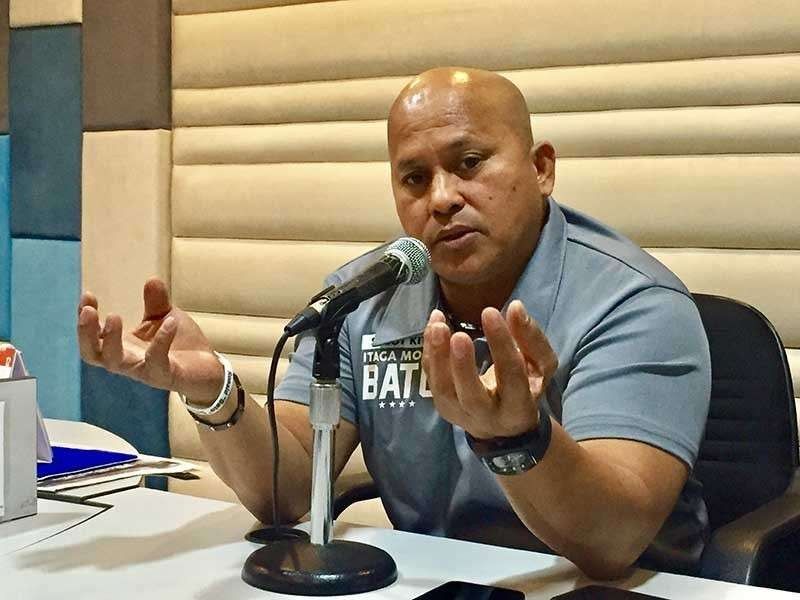 NEWLY elected Senator Ronald "Bato" dela Rosa said Friday, July 12, that he is willing to have his head cut off if allegations that killings related to the government’s crackdown on illegal drugs are proven to have been state-sponsored.

Dela Rosa, a former Philippine National Police (PNP) chief, invited United Nations Human Rights Council (UNHRC) investigators to visit the Philippines and see for themselves that they were fed wrong information about the killings.

(Come visit us so you will know that you were fed wrong information. The tally given to you probably includes those who died in vehicular accidents or from heart disease. Come here so you will learn the truth.)

The international body has claimed that there have been 22,000 deaths related to the war on drugs. The figure is about four times higher than the government's official tally of 5,375.

Dela Rosa challenged the UN investigators to investigate each of the 22,000 killings.

“I challenge them. You produce these 22,000 cases including ‘yung mga taong nagbigay sa inyo ng impormasyon, ‘yung mga taong nag-mislead sa inyo with these numbers. Produce niyo yan one by one, isa-isahin natin. Wag ninyo i-lump up at you come up with a conclusion na isahang imbestigasyon dahil hindi ganun mag-imbestiga,” he said.

The former top cop has insisted that those who were killed in the anti-drug operations resisted and fought with the police.

PNP Chief Oscar Albayalde, for his part, said the Communist Party of the Philippines (CPP) may have been behind the adoption of the said resolution.

"Possible, it's because it's part of propaganda. Also, and you know, 'yung CPP-NPA is so against the Duterte administration now," he said.

He said the CPP could have used its “contacts and connections” in order to subvert the administration.

The UNHRC adopted on Thursday, July 11, the Iceland-initiated resolution calling for the conduct of an investigation into the Philippines’ human rights situation amid the government’s war on drugs. (SunStar Philippines)