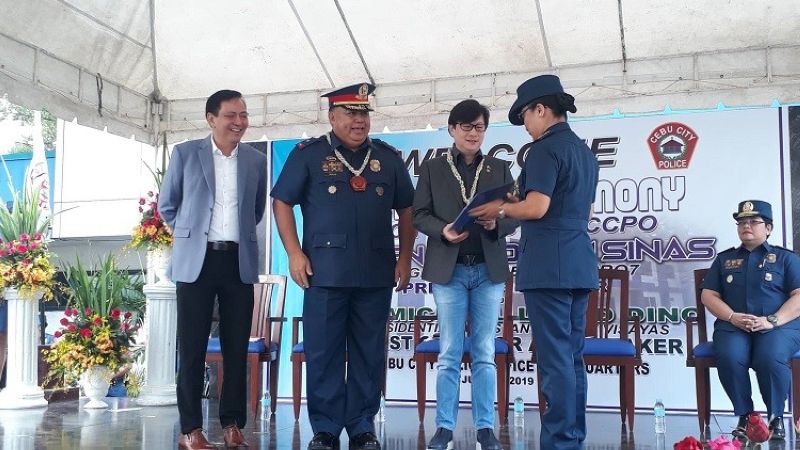 In his message during the turnover of office ceremony at the Cebu Police Provincial Office (CCPO) last Thursday, July 11, 2019, Dino teasingly reminded Garma of his request for additional medicine supply and ambulances for the Central Visayas.

The PCSO is a government-owned and controlled corporation under the Office of the President. It is mandated to raise and provide funds for health programs, including medical assistance and services.

Police Colonel Gemma Vinluan, her classmate at the PNP Academy, replaced her as the new CCPO director.

According to Dino, Garma’s new role is vital for the success of Malasakit Centers.

The Malasakit Center is a one-stop shop of various government agencies that gives financial aid to poor and marginalized Filipinos, allowing them to conveniently avail of medical and financial assistance.

Garma said any assistance given by PCSO to Central Visayas will not be because of her but because of the existing programs.

“I think Cebu is in the lineup already. Soon, maybe by August, there will be a distribution (of ambulances) already. It’s not because of me; it’s because of the program,” Garma said.