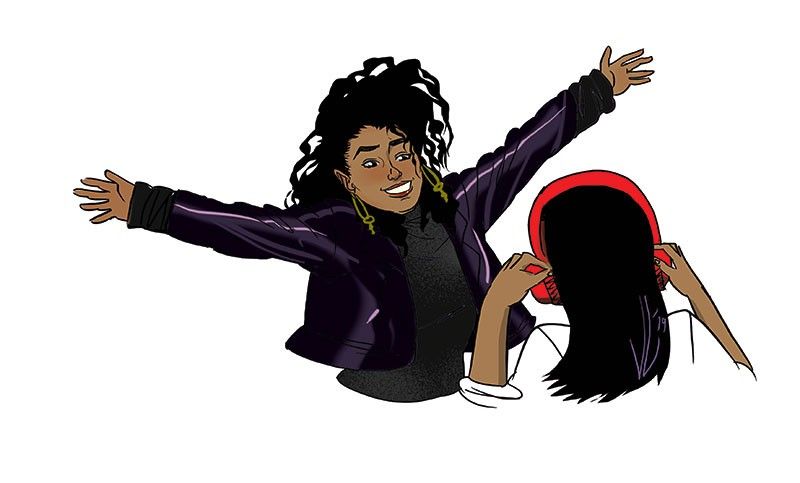 FOR some women of a certain age, Janet Jackson is a pop culture icon, the woman whose voice played in our heads while we grappled with the idea and all the drama of growing up.

We were 15 or 16 when my high school classmates and I spent many afternoons rehearsing a dance number in the quadrangle of the University of San Carlos’ (USC) South Campus. It was called the Girls’ High School then, and not a day would go by when you couldn’t get a whiff of Aquanet in its toilets. On those afternoons, Ms. Jackson’s “Control” blared over the speakers ranged around the quad and we did our best to follow the steps that our batch choreographer, Marylith, had taught us.

When the news announced last March that Ms. Jackson was being inducted into the Rock and Roll Hall of Fame, I experienced one of those little markers of growing older. I was reminded that I had long ago outgrown her music. I still liked most of her songs but they no longer spoke about what was going on in my personal weather.

It’s easy now to see why we liked her so much in high school. She was singing about control when it was something we were still struggling to gain. The young woman who sang “I’m in control / Never gonna stop / To get what I want” was like a much cooler older sister. She was only six years older than we were when she released “Control” in 1989. We probably didn’t make much of the fact that when she wowed music critics with “What Have You Done for Me Lately?” (and taught us not to become doormats for the people we loved) a couple of years before that, she was only 19.

At that time, we just liked her songs because they made us want to dance.

What has brought all this Janet Jackson-related nostalgia out? By the time you read this, I will have seen some of my high school batch mates again–some of them for the first time since we graduated 30 years ago. I’m almost certain some of Ms. Jackson’s songs would get played. A different member of the batch would probably have invoked Madonna or Whitney Houston or Annie Lennox–and in various degrees, they all influenced the way we thought or dressed as well–but it’s Janet I remember most.

While getting ready for the reunion, I watched a video of her induction speech last March and enjoyed the fact that under all that big hair, that feather-embellished outfit, and that girly voice was someone whose life had taken interesting turns and who had turned out much better because of all that. She said she had wanted to be a lawyer, that it was her father’s dream for her to become a performer instead. But once she began tagging along to her brothers’ concerts, she was hooked. Whether she would have made a bigger impact as a lawyer, we will never know.

Her music, though, has helped thousands–probably millions–of teenagers just get through another day feeling better, no matter how awkward or confusing some of its moments may have been. As a teenager, there was nothing that cheered me up more after a bad day than playing “When I Think of You” or “Escapade.” By the time the latter came out, we had left high school and were getting our bearings in college. We were finding new songs.

Now when I hear a Janet Jackson song on the radio, I am brought back to the awkward, sometimes lonely and often sulky teenager I was then. I wish there was a way I could tell her that what felt like unbearable pain then would eventually pass, that she would go on to survive bigger losses and emerge stronger. I would tell her to be kinder to others and to herself. (I would tell her to exercise more but she probably wouldn’t listen.)

And then I turn the radio up and, more often than not, sing loudly along. I can’t tell you how much I looked forward to hearing the music with my USC sisters again.