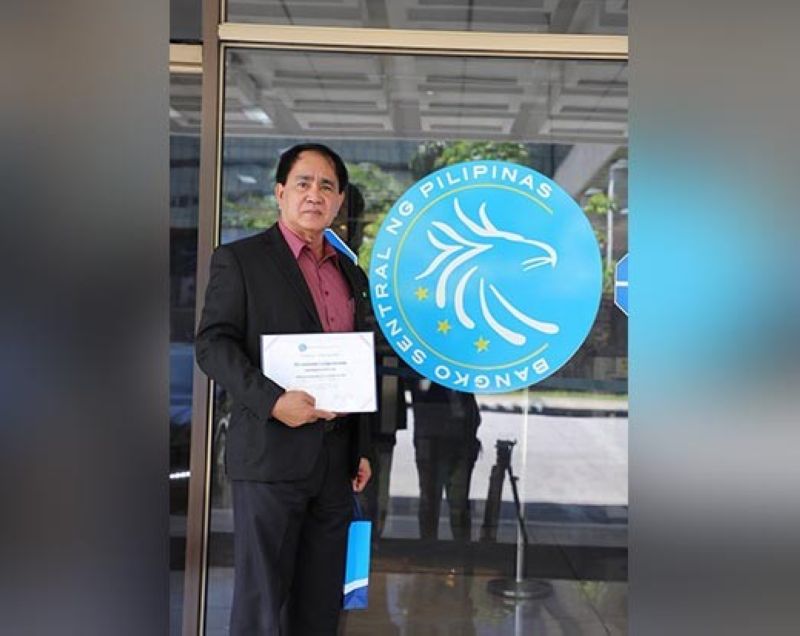 THE City Government of San Fernando just joined this year’s roster of leading private and public institutions in the country to be cited as Bangko Sentral ng Pilipinas (BSP)’s outstanding stakeholders.

This, after it landed as a “Kapit-Bisig” Award national finalist under the Advocacy Support-Local Government Unit Coordination (City Level) category in the 2019 Awards Ceremony and Appreciation Lunch for BSP Stakeholders held July 10, 2019 at BSP in Malate, Manila.

More than 170 awards were given to different companies and local government units across the nation for their exemplary support for the programs and activities of BSP, led by Central Bank Governor Benjamin Diokno.

CSF’s Business License and Permit Division Chief Joseph Garcia, on behalf of Mayor Edwin “EdSa” Santiago, accepted the certificate. Garcia said the recognition was given to the city for its regular compliance with the directives of BSP.

The BSP states that the “Kapit-Bisig” Awards for LGU Coordination “are granted to the most active partner whose submissions of the prescribed reports are deemed compliant with the provisions of the Memorandum of Agreement on Information Sharing Arrangements between the BSP and the Department of the Interior and Local Government (DILG).”

He added that included in the reports were the activities of different business establishments and financial institutions in the city, including banks, money changers, and pawnshops. For his part, Santiago remarked that this recognition just manifested the city’s fruitful partnership with private sectors.

The local chief executive shares the recognition to all its partners who worked closely with the city government in a bid to comply with the mandates of BSP.

For this year, only two LGUs in the country were shortlisted in the “Kapit-Bisig” Award. CSF was joined by the Hall of Famer City Government of Alaminos in Pangasinan which has been clinching the award for three consecutive years now.

This year’s event was themed, “One Team, One Goal: Resilient Partnership Towards Inclusive Economic Growth.”