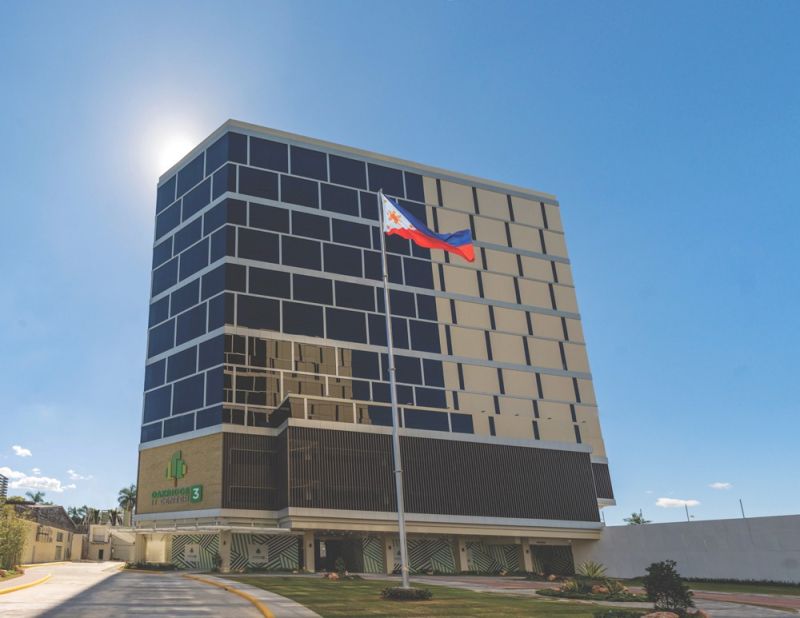 NEW OFFICE ADDRESS. Bullish about Cebu’s growing economy, Oakridge Realty Development Corp. (ORDC) unveils Oakridge IT Center 3 to support the province’s thriving industries like outsourcing and small and medium business expansions. Edmun Liu, president of ORDC, says the company is not limited to building offices as it also plans to diversify to other property projects like residential and industrial development in the near future. (Contributed foto)

Dubbed as the newest Grade A building, Oakridge IT Center (OITC) 3 adds another 14,000 square meters (sq.m) of leasable space to Oakridge’s office portfolio. The 12-story building features top-of-the-line fixtures, amenities and technological systems, as well as a three-level podium parking.

The office tower is also poised to be a Philippine Economic Zone Authority-accredited building that will cater to both foreign and local business establishments.

“We have certain projects in the pipeline that we will be developing outside of Oakridge Business Park. It will still be in the province of Cebu because we still believe in Cebu and there’s still a tremendous future here,” said Liu.

Liu said they plan to venture into industrial and residential projects in the future.

“What we would like to focus on is making it different from the usual residential projects out there. Again, it’s very good that we have a lot of projects here in Cebu and perhaps, there is a niche that Oakridge can fill for the more discerning residential homeowners,” he said.

Meanwhile, after completing OITC 3, Liu said they will rehabilitate Oakridge’s first office tower which they target to re open by the last quarter of 2019.

“We opted to beautify it, make it updated and relevant to the times. A lot of the spaces there are already taken by certain tenants,” he said.

Outsourcing and offshore gaming companies continue to account for the bulk of office space demand in Cebu, according to property research firm Colliers International Philippines.

Colliers recommended that developers should be strategic with their office projects.

“We encourage them to provide flexible office cuts to English language centers and explore parcels of developable land around the proposed infrastructure projects which form part of the government’s ‘Build, Build, Build’ push,” said Colliers.

Aside from outsourcing and offshore gaming companies, the firm identified the English as a Second Language (ESL) tutorial segment as a sector with significant potential to become a key office demand driver.

Metro Cebu has breached the one million sq.m mark in terms of leasable office space.