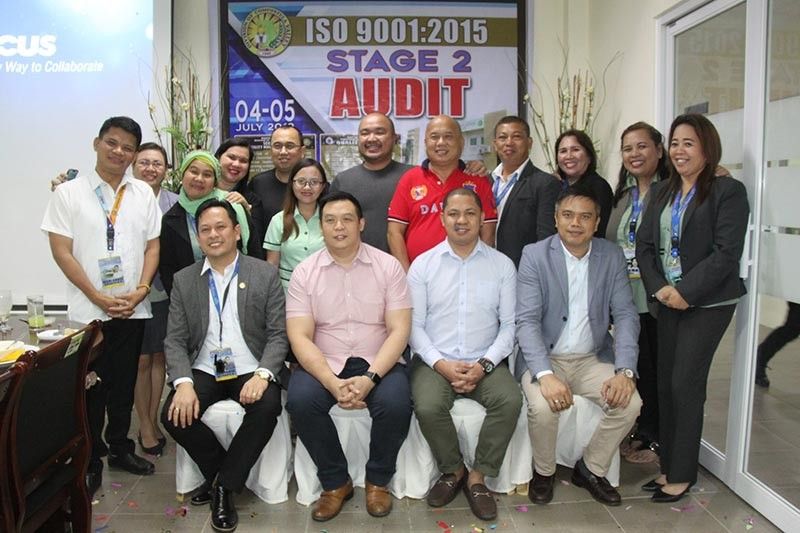 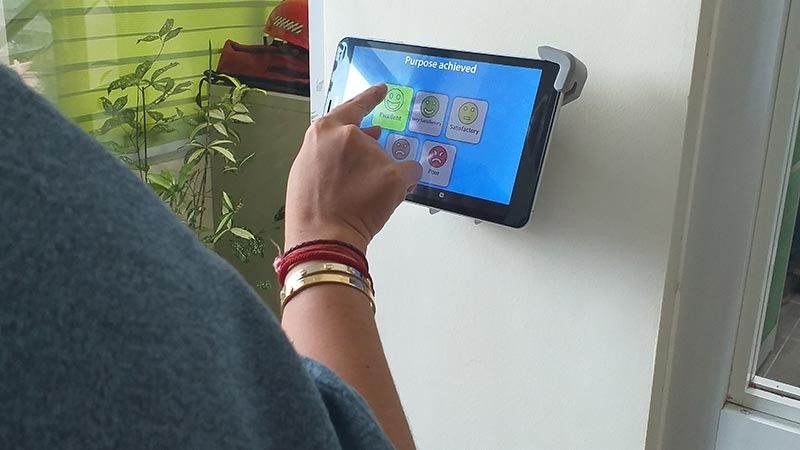 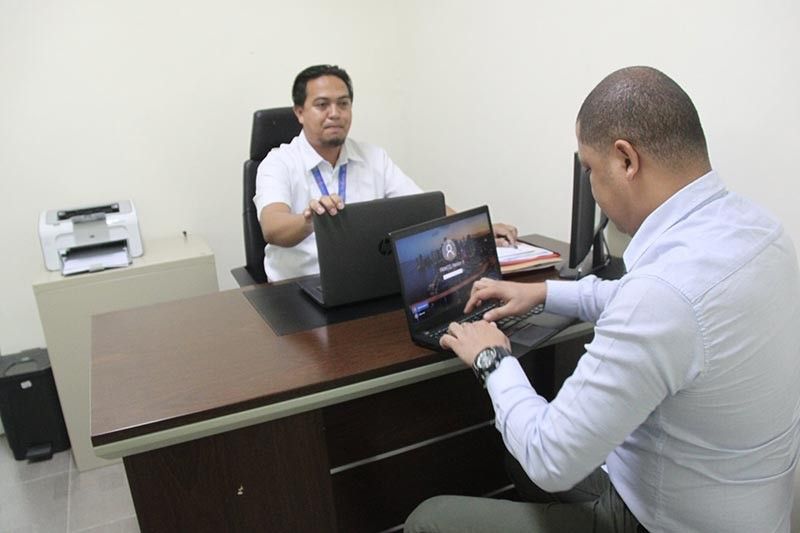 One of the TUV SUD auditors interviewing a staff of DepEd Comval (Photos from Cristina E. Alivio and Deped Comval Facebook)

THE Department of Education-Compostela Valley (DepEd-Comval) Division had ventured into a journey, which started last April this year, which aims to improve the delivery of its various education services that would benefit not only its staff but its clientele, the public, in general.

And it's surely a huge milestone that very much worthy of emulation for other government offices.

DepEd Comval is the first ever provincial division of DepEd in Davao Region to become ISO certified.

Solitario added that becoming a legitimate ISO claimant, there are other services that benefit the public, the students in particular.

"First is the MOOE (maintenance and other operating expenses) for different schools, yung construction of school buildings pag may sira ang building, it will make the approval of the budget faster so that the operation of the school and the education of the children will not be hampered," he said.

ISO-certified organizations are only those that demonstrate keen observance and ability in providing products and services to meet customer satisfaction. And this will only be known after rigorous audit conducted by certifying body TUV SUD's auditors.

DepEd Comval has passed the first stage of meticulous audit last April of this year.

Anchored on DepEd's vision, mission, and core values, its division in Compostela Valley has already envisioned to become a pioneer in instructional innovations, propagator of universal values, and producer of globally competent graduates even early on. And surely, becoming an ISO certified is a significant point in its continuing quest for excellence.

"Why we embarked on ISO certification in DepEd Comval is because we have many innovations, marami na po. Isa dyan, we are the only province in the whole country that implemented feeding for all, (in partnership with) 'yong kay Gov. Tyron (Uy)'s Kusina ng Kalinga," he said.

Solitario also added that they also initiated building schools in far-flung areas in the province so that the school-children do not need to travel far and usually by foot to learn and earn their school diplomas.

"Internally, we have innovations as well that enhance the delivery of the services we offer, like the logging (file) system, the barcoding system, lahat ng documents and supplies, kahit isang papel, are kept track," he said, aside from other systems they have adopted like the online monitoring of performance of the schools under DepEd Comval.

Gone now are the days when feedback is written on a piece of paper and put in a box in Deped Comval division as it also embarks on an online feedback system which enables its clients to give feedback whether he is satisfied or not from the service its staff are rendering. This is done by just tapping on a tablet that is attached on a wall just before a client leaves the Deped building. A client also can give recommendation on what aspect the office is lacking and commend a staff for being prompt and polite.

Aside from that, the Deped-Comval division office also adopts a unique feature to promote organized, clean, and safe learning facility with the creation of 7S. The 7s is adopted from the original 5S or Good Housekeeping derived from the Japanese words "seiri", "seiton", "seiso", "seiketsu", and "shitsuke". In English, these mean "sort", "set in order", "clean", "standardize", and "sustain". However, they added another 2S for "safety" and "self-discipline" which are vital in improving the quality of services they offer.

Being now an ISO-certified, Solitario hopes that the traditional public perception that processes at government offices entail a very long period of time and hassle before they are completed will now be changed.

Comval Governor Jayvee Tyron Uy, for his part, congratulated the Deped Comval division for aiming a world-class standard of giving services to the public as he envisions to replicate this milestone in the Sangguniang Panlalawigan.

"We have started already with the offices of the Sangguniang Panlalawigan together with the Vice Governor's Office this year, but we intend to follow the footsteps of the department by next year so under my priority for next year under my plans of governance we will improve our workforce through total quality management," he said.

For Solitario, the challenge now is how to sustain the milestone they have achieved, especially that the ISO certification can be revoked even before its 3-year warranty has fully been completed.