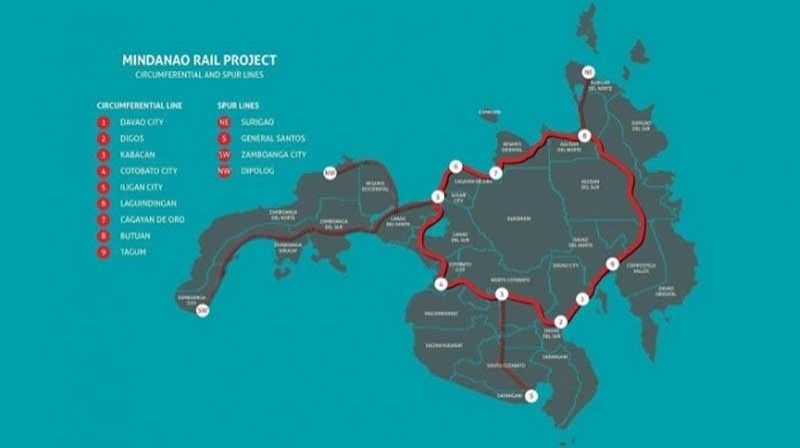 FOLLOWING the approval of the National Economic and Development Authority (Neda) Board's Investment Coordination Committee-Cabinet Committee (ICC-CabCom) on July 10, 2019, the cost for the Mindanao Railway Project Phase 1-Tagum-Davao-Digos Segment (MRP-TDD) has been increased to P82.9 billion.

The project was earlier pegged at P35.9 billion in 2017. In a statement, Neda said the P82.9 billion will cover changes in the cost of structural and construction works, among others.

In terms of scope, the ICC-CabCom also approved the additional Davao Satellite Depot of the MRP-TDD.

"This crucial approval also practically more than doubled the project cost for the first-ever railway project in Mindanao, a major connectivity undertaking which has long been desired for decades but is only seeing realization under the Duterte administration," Dalumpines said.

According to the Department of Transportation (DOTr), the 102-km MRP-TDD segment will cut travel time from Tagum City, Davao del Norte to Digos City, Davao del Sur to 1.3 hours from 3.5 hours.

The MRP-TDD will have eight stations -- Tagum, Carmen, Panabo, Mudiang, Davao Terminal, Toril, Sta. Cruz, and Digos. A 10-hectare depot will be built in Tagum.

Last year, the MRP-TDD had issues with the path the rails will traverse in Davao City. DOTr earlier reported that 23 barangays and 10 subdivisions will be affected by the project. Properties of some big firms were also affected.

The DOTr has already come up with realignments to avoid the properties and developments.

In a fact sheet provided by Minda, the Mindanao-wide MRP is seen to enhance the economy as it provides better inter-island connectivity.

Implemented by DOTr, the Mindanao-wide project will have nine segments with a total length of 1,400.46 kilometers railway system. There will be six main stations across the island.