No dengue outbreak in Davao City 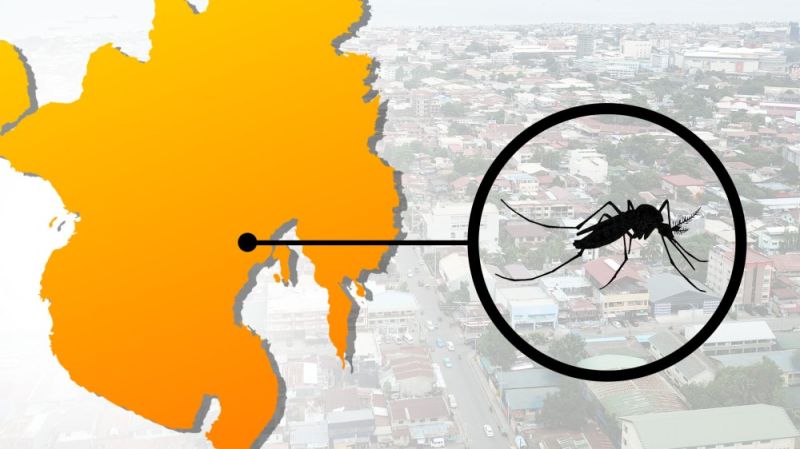 DESPITE increasing dengue cases in Davao City, the City Health Office (CHO) sees no cause to declare a "dengue outbreak."

According to CHO, there have been a total of 1,121 recorded dengue cases from January to June 30 this year. It increased almost twice from last year's 645 cases in the same period.

Meanwhile, the number of deaths confirmed did not increase, as both years recorded five deaths within the same period. The youngest is a seven-month old child, while the oldest is 74 years old.

CHO-Tropical Disease Prevention and Control Division (TDPCD) head Beth Banzon told SunStar Davao there has no basis for the declaration of a province-wide dengue outbreak since the current figure has not reached the 2010 data with more than 10,000 dengue cases recorded.

She said the city strengthened its information education campaign (IEC) in all barangays in the city.

She also said since the city introduced the usage of Dengue NS1 Rapid Diagnostic Test (RDT) kit that detects the presence of dengue virus as fast as 15 minutes, morbidity reduced despite the increasing number of dengue cases.

She also said residents must still contribute in fighting dengue by conducting the 4S practice, which stands for searching and destroying mosquito breeding places; securing self-protection measures like wearing long pants and long-sleeved shirts and daily use of mosquito repellent, seeking early consultation; and support fogging and spraying in hotspot areas.

Recently, the Island Garden City of Samal (Igacos) government declared a state of calamity due to dengue fever outbreak.

According to the Igacos CHO-Epidemiology and Surveillance Unit, there have been 249 dengue cases recorded cases from January to June this year.

Health Secretary Francisco Duque, in an interview with GMA News TV's Balitanghali, said there has been an 85 percent increase in dengue cases in the country.