DepEd 'not speaking' for military 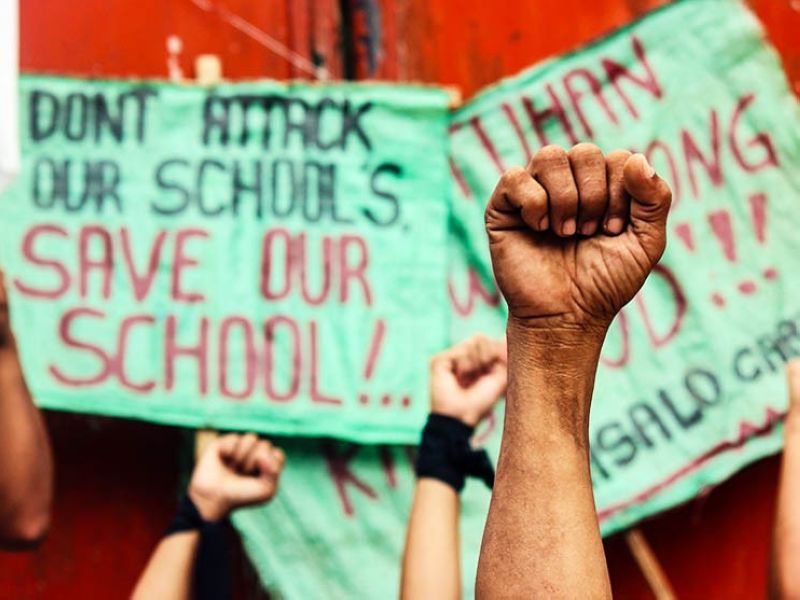 THE Department of Education (DepEd)-Davao denied the allegation of suspended Salugpongan Ta'tanu Igkanugon Community (Salugpungan) that the agency is speaking in behalf of the military instead of shedding light on the plight of the Lumad schools.

DepEd-Davao spokesperson Jenielito Atillo, in press conference Monday, July 15, belied the claim that the education department is being used by the military for ordering the suspension of Salugpongan and its owned and operated schools after reviewing the reports from National Security Adviser Secretary Hermogenes Esperon Jr. and the vice chair of the National Task Force to End Local Communist Armed Conflict.

The order was signed on July 10, but it was only released Saturday morning, July 13.

Esperon said Salugpongan has been using students in rallies and teaching them ideologies against the government, as stated by Melvin Mansaloon Loyod, a former school volunteer teacher.

In an official statement, Salugpongan said they will appeal the order of closing 55 schools catering to Lumad communities.

They said they will "challenge the accusations made" by Esperon that served as basis for DepEd's order.

"Mr. Esperon has again resorted to fabricated accusations and red-tagging to justify the closure of Lumad schools," Salugpongan said.

Save Our Schools (SOS) Network, an alliance of non-government organizations (NGOs) for lumad students' right to education, meanwhile, said the decision was unfair for "they are putting the security of all Salugpongan students and teachers at risk by this allegation."

"Parang tinotokhang ng Deped ang paaralang Lumad," SOS said, adding DepEd is being used "as a stamp-pad" for the military who has been targeting the closure of these schools.

Atillo, meanwhile, clarified the suspension was a democratic procedure given to them to defend themselves from the allegations.

"Karon lang mi nag-issue because di mi satisfied sa allegations in the past, nga walay igong document (It took us only now to issue the order because we are not satisfied with the allegations thrown against them in the past due to insufficient evidence)," the spokesperson said.

"The evidence of Esperon is not the full basis of our suspension order, but it is being employed to give them time to respond, because we are not convinced. That is why we are giving them the opportunity to respond," Atillo said.

He said an estimated 1,100 Salugpongan students in the region are affected by the closure. But he said it is not detrimental, as they have slowly turned away from enrolling to these schools due to several communities petitioning to foreclose the school.

Atillo said there are 300 public schools established in the region that caters to a total of 9,111 Lumad students.

He said affected students who wish to enroll in DepEd-accredited schools will be catered while teachers are encouraged to re-apply as teachers.

Initially, Salugpongan was given until Wednesday, July 17, to submit the suspension's show cause order.

However, Atillo announced that the group was given a new deadline, which is non-extendible, on July 22.