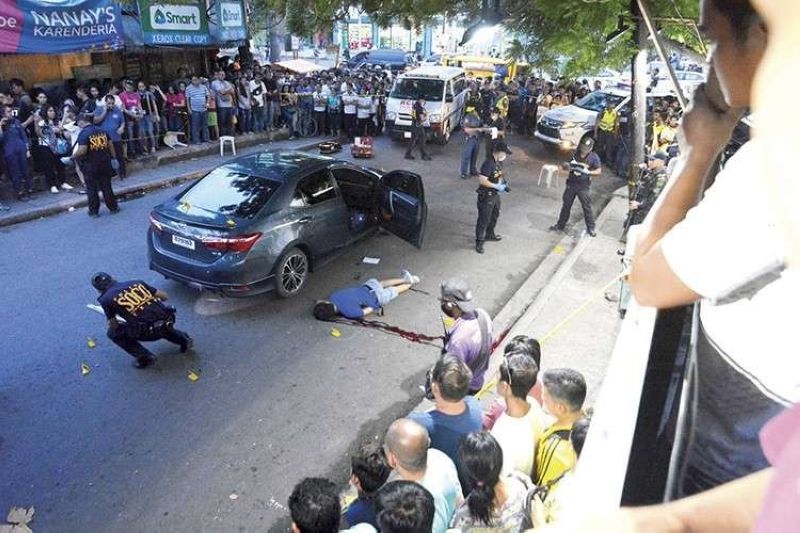 EXECUTIVE Secretary Salvador Medialdea said the Duterte government's war on narcotics trade would remain relentless despite the adoption of an Iceland-led resolution calling on the United Nations Human Rights Council (UNHRC) to look into the human rights situation in the Philippines.

In a statement Monday night, July 15, Medialdea said no resolution from any international council, especially those led by "misled" states, would weaken the government's resolve to protect the Filipinos' lives, properties, and freedom.

"The unfortunate development notwithstanding, the Philippine governmenf shall continue with its work of ensuring peace, order and security for our people," he said.

"We shall remain unrelenting in our campaign against illegal drugs, corruption, criminality and terrorism," he added.

He said it was "unfortunate" that a "small" faction that sided with Iceland has "unceremoniously" used the UNHRC's platform to call out the Duterte government "without verifying the facts on the ground."

"The Philippine government sees the resolution for what it is -- a pernicious act, an affront to a sovereign, peace-loving nation, and an abuse of UNHRC processes," Medialdea said.

"And we believe that many, if not most of the UNHRC members, see ir in the same light, as shown by the contentious vote leading up to the resolution, with the majority either abstaining or voting against it," he added.

As this developed, Presidential Spokesperson Salvador Panelo announced that President Rodrigo Duterte was "seriously" mulling the possibility of cutting the Philippines' diplomatic ties with Iceland.

The 47-member UN Human Rights Council (UNHRC) adopted on July 11 the resolution endorsed by Iceland, which mandates UN human rights chief Michelle Bachelet to produce a comprehensive written report on the Philippines' human rights situation amid Duterte's anti-narcotics drive that led to the killings of thousands of alleged drug suspects.

In a press briefing held Monday, Panelo raised the possibility that the Philippines might also sever ties with other countries apart from Iceland that voted in favor of the resolution.