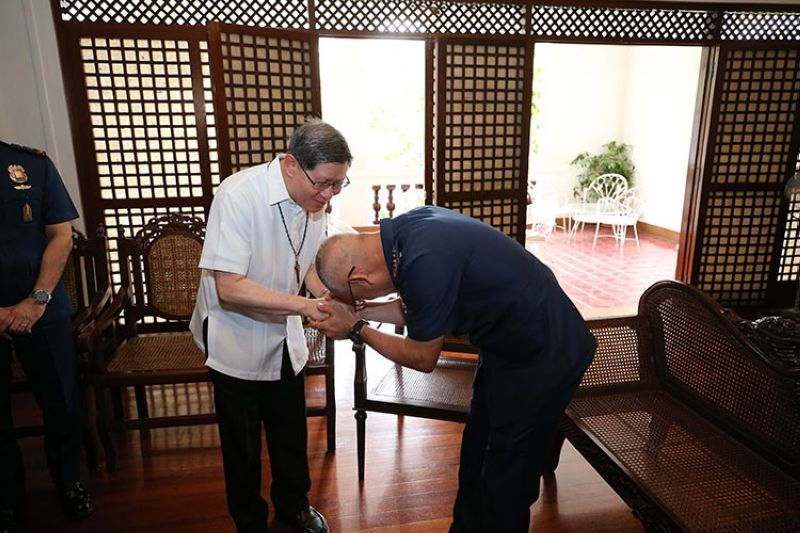 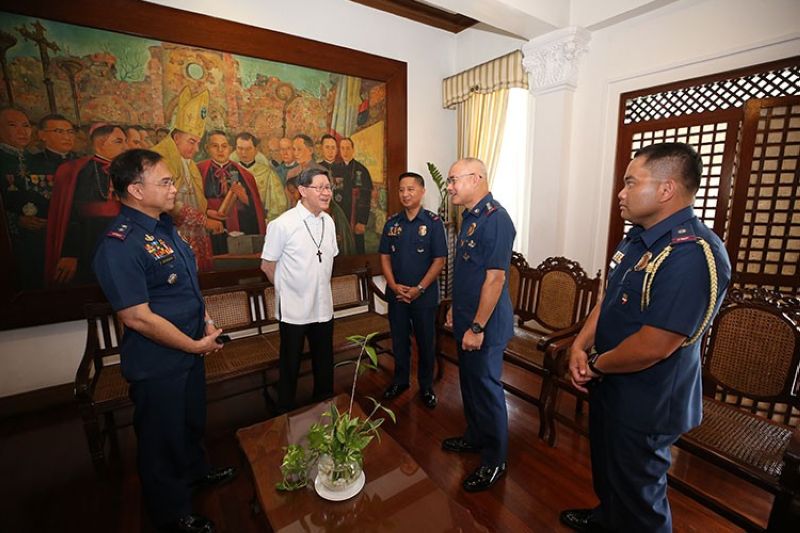 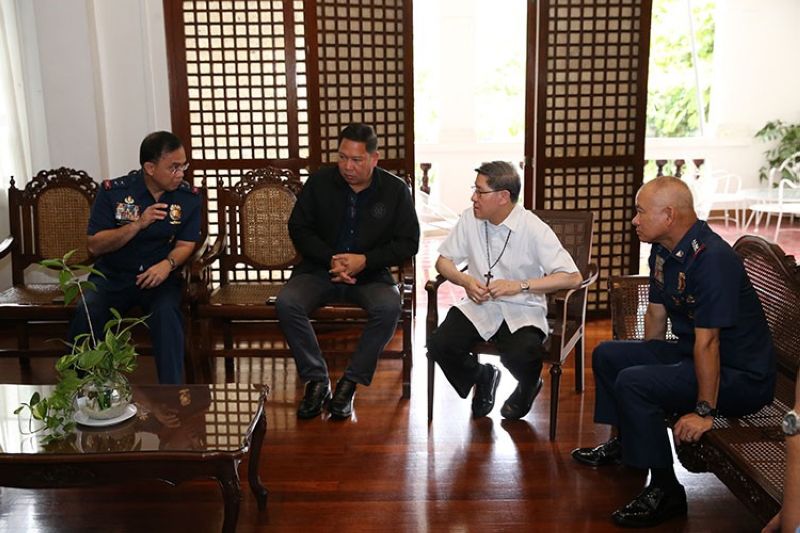 POLICE and military officials met with church leaders on Tuesday, July 16, to explore and reaffirm their collaboration, particularly on the government's anti-insurgency campaign.

Philippine National Police (PNP) Chief Oscar Albayalde, Manila Archbishop Antonio Cardinal Tagle and other military officials discussed the prospects of pursuing localized peace talks with members of the communist New People’s Army, as the government conducts the “whole of nation” approach in order to end local communist armed conflict in various parts of the country which has been going on for 50 years.

Tagle then suggested the creation of an ecumenical fellowship among the various congregations all throughout the country.

“Any call for peace talks must come from the broad sector of society and not just a unilateral declaration from either government or underground movement,” said Albayalde.

Meantime, Albayalde raised their concern over infiltration of some church organizations by the terrorist groups.

Albayalde and Tagle, however, vowed to continue collaboration to address such issues and other matters related to the national unity and stability.

Aside from the insurgency aspect, Albayalde also sought for the assistance of the church in the ongoing internal cleansing among the ranks of the PNP.

Earlier, the PNP said its internal cleansing will be more intimate and personal, as it will cover spiritual, personal and family matters of erring policemen. (Third Anne Peralta-Malonzo/SunStar Philippines)