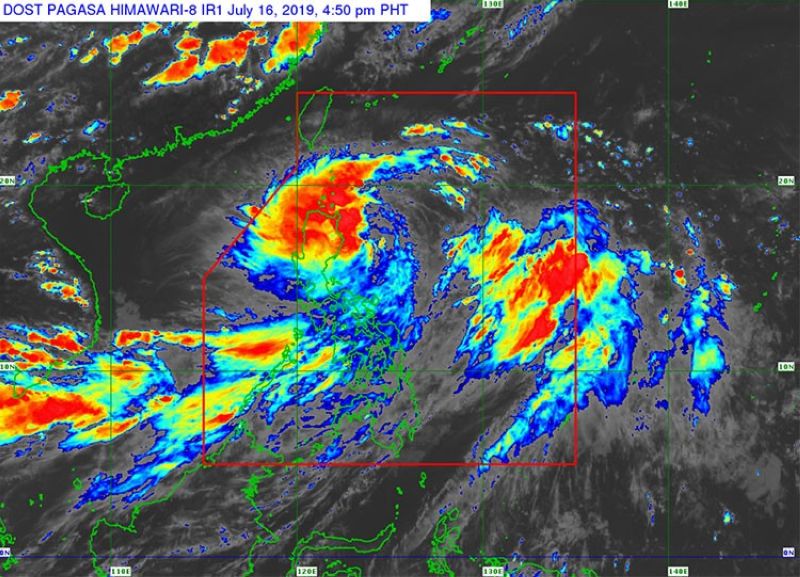 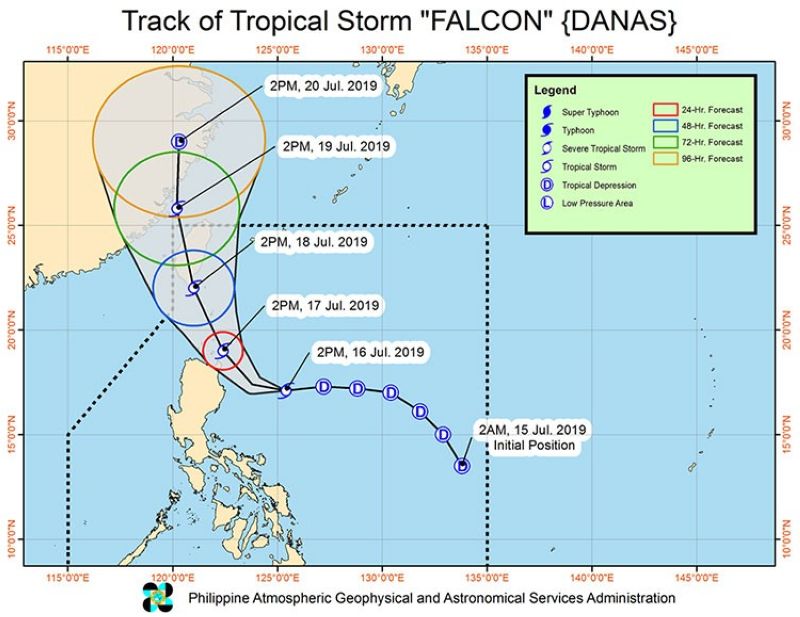 FALCON (Danas), the sixth tropical cyclone to enter the Philippines this year, has intensified into a tropical storm while moving westward, said the state weather bureau.

Tropical Cyclone Wind Signal (TCWS) Number 1 may be raised over the northern portions of Aurora, Quirino and Nueva Vizcaya and the rest of Abra, Mountain Province and Ifugao in the succeeding severe weather bulletins, the Philippine Atmospheric, Geophysical and Astronomical Services Administration (Pagasa) said in its 5 p.m. Tuesday, July 16, advisory.

TCWS Number 2 was raised over the northeastern portion of Cagayan including Babuyan Group of Islands.

Pagasa added that Falcon is expected to closely approach or make landfall over Babuyan-Batanes Islands area Wednesday evening, July 17, and may exit the Philippine area of responsibility on Friday, July 19.

As of 4 p.m. Tuesday, the center of Falcon was located at 335 kilometers east southeast of Tuguegarao City, Cagayan, packing maximum winds of up to 65 kilometers per hour (km/h) near the center and gusts of up to 80 km/h.

The tropical storm is moving west at 30 km/h, said Pagasa.

"Light to moderate with at times heavy rains will be experienced over Metro Manila, Calabarzon, Bicol Region, and the rest of Visayas, Central Luzon, and Mimaropa," it added.

Pagasa advised residents in the aforementioned areas, especially those living in areas identified to be at risk of flooding and landslides, to take precautionary measures, coordinate with local disaster risk reduction and management offices, and continue monitoring for updates, especially the Thunderstorm Advisories and Heavy Rainfall Warnings to be issued by the agency's Regional Services Divisions.

It said sea travel is risky over the seaboards of areas under TCWS and the eastern seaboards of Central Luzon, Southern Luzon and Visayas. (LMY/SunStar Philippines)